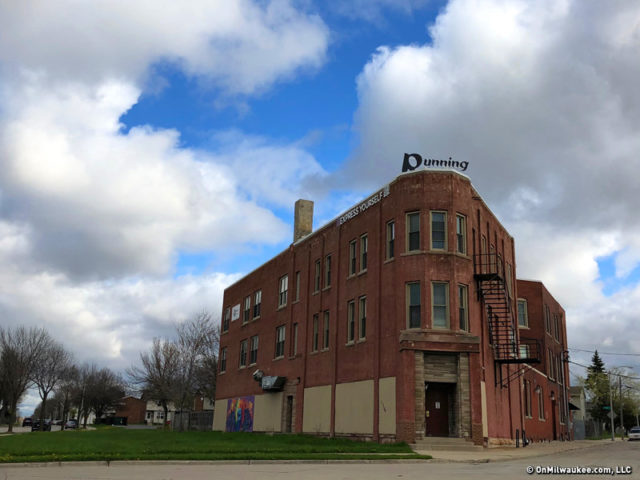 It’s a distinct building that sits on a corner lot near 13th and Fond du Lac Avenue. It’s set a ways off the busy city street, nestled in a residential area, and you can tell from the outside it has always been a busy place.

Today it is home to one of the most beloved youth organizations in Milwaukee — Running Rebels. The nonprofit was established in 1980 and moved into its current headquarters early in its history.

From sports programs (particularly basketball), to homework help, to an welcoming space for neighborhood youth to hang out, Running Rebels has built a sterling reputation for itself while growing steadily.

But the building the Rebels now calls home is much older than the organization. It was erected in 1908 and was originally used as a post office substation. Upstairs there was a clothing factory, and another space was used as a service agency for the blind.

Over time tenants moved in and out, but there have been several factories and manufacturers in the space over its life, according to OnMilwaukee’s Bobby Tanzilo who wrote about the space for this week’s Urban Spelunking.

The building was added to over the years. Still inside today, you can find the post office’s vault, plus other clues like loading doors and wide staircases between floors.

Click the player above to listen to this week’s episode of Urban Spelunking, and be sure to read Bobby’s complete story at OnMilwaukee.