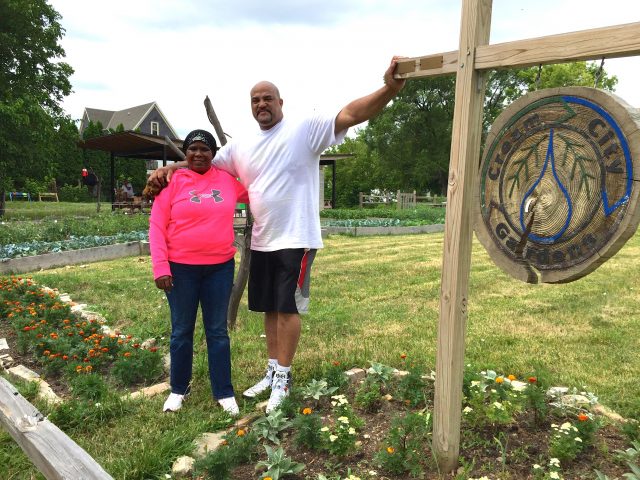 This summer, you’ll find Mike Walker in the urban garden at the Guest House in Milwaukee.

And even though it’s just across the street from the homeless shelter where he stayed, the distance between the shelter and his previous life is more than a city street.  Keep scrolling to hear Mike’s story, from addict to Resident Manager.

I don't take any day for granted. Every day is a gift.

Mike Walker is a volunteer at Cream City Gardens near 13rd and Juneau.  He’s a big dude, super manly — but if you ask him, he’ll look you right in the eye and tell you, gardening changed his life. 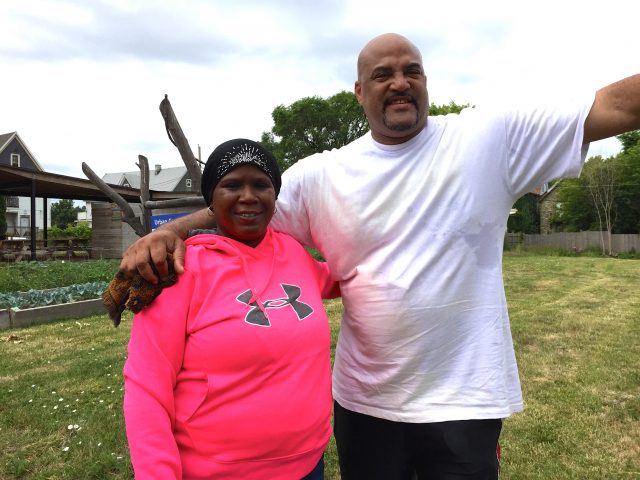 Mike Walker, with his friend, Crystal, in the garden.

“I’m not going to say 360 because that’s a circle, I’m gonna say 180.” he said with a smile, his bare hands covered in dirt.  “Cuz I was over there and now I’m over here.  And I like being over here verses being over there.”

When Mike says “over there,” he means when he was homeless and staying in the shelter.  It was a dark time in his life.

“Alcoholic, gang banger, using crack, selling crack.  All of the above, man.  I got high to live and lived to get high.”

But after 20 years of addiction, he’s sober now. He credits that to faith, hard work, and a stint at the Guest House.  It’s a shelter and resource center for the Milwaukee’s homeless, and it runs the garden too.

“I see cats I used to run with on the streets and they ask me, ‘how you doin’ it?’, and I tell them you just gotta want better.  And I want better today.”

The garden sits directly across the street from the shelter, separated by 13th street.  From the inside, you can see people working the fields, and in some ways, it’s a symbol for Mike’s recovery. 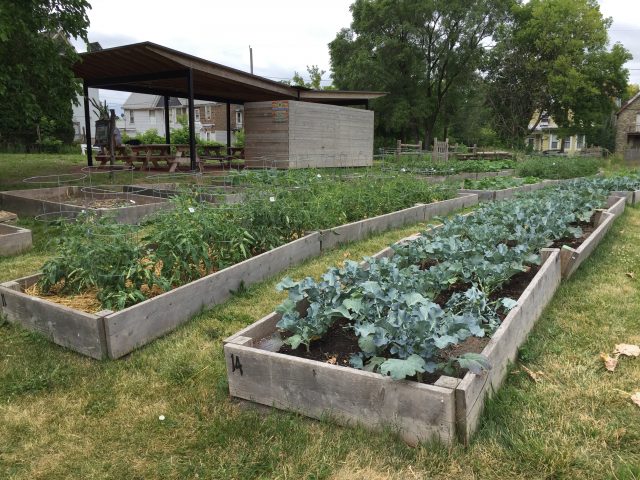 “I was once one of those guys in there, looking out the window, and looking at these cats working this garden, I’d say, ‘they some  damn fools, what they getting out of that?’.  And now I see because I’m on this side. I’m helping to give back.”

Click the player above to hear the audio version of this story.