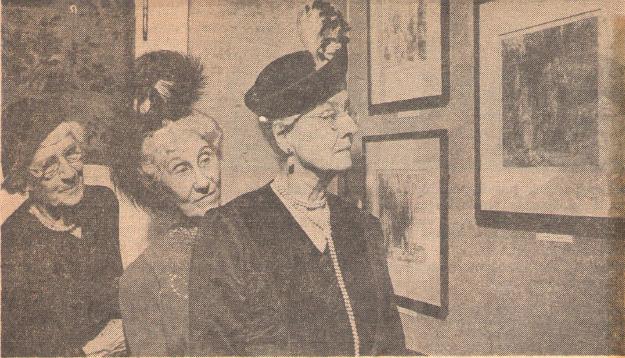 Milwaukee’s chapter of the French Alliance will be celebrating their 100th anniversary in Milwaukee this year. Anne Leplae, the Executive Director of this branch, has worked for the organization for 20 years now. She’s truly an abundance of knowledge when it comes to French culture and heritage in Milwaukee from the 1900s up to now.

Listen to the audio piece below to learn more about what French culture looked like in 1900s Milwaukee.

Mademoiselle Amélie Sérafon founded the French Alliance in 1918. She came to Milwaukee by boat from France to be a teacher at Milwaukee Downer College. While this school no longer exists, the buildings are still in use as part of the University of Wisconsin-Milwaukee. They are the red brick buildings on Downer Avenue.

Mademoiselle Sérafon also assisted families during the World Wars. She would gather curtains and fabric from wealthy women in Milwaukee to make clothes by hand to send over to French families. She created an organization called the Fatherless Children of France that raised money and provided clothing and supplies for French children who lost their fathers during the World Wars.

LePlae says Anne Morgan, daughter of JP Morgan, was also involved in providing support for France. LePlae says Morgan travelled to France with other American women to donate her time and money to help rebuilding France after the devastation from the war.

The French Alliance will be celebrating their 100-year mark with French film screenings and exhibitions at UW-Milwaukee’s Golda Meir Library. On March 6, the UWM library will host an archival exhibition of footage of the work Anne Morgan did in France from 1917 to 1924. Miles Morgan, JP Morgan’s grandson, will be attendance to discuss the archival footage and photo series as well.

For more information on this exhibit or about Milwaukee’s chapter of the French Alliance, click here.