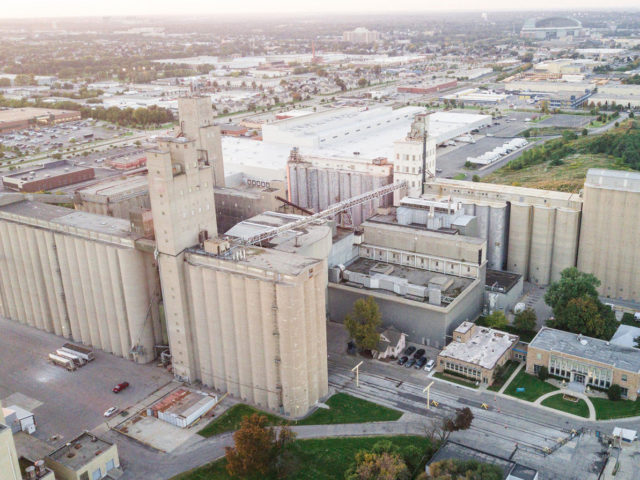 Chances are you’ve passed it on the way to Miller Park and didn’t give it a second look. But did you know this company produces malt for craft beer and spirits made around the country?

West Milwaukee’s Malteurop plant operates 24/7, fully producing malted barley, a key ingredient in beer and whiskey. From the outside, you may not fully appreciate the scope of its production, but when you enter the campus at 38th and Grant Streets, you’ll see the plant resembles a small city.

The plant was built in 1920 and has been producing malt, continuously, since.

Huge cement silos connect to a main production facility, spanning multiple levels. Inside, the grain in steeped, sprouted, dried and packaged, ready to be shipped out to brewers and distillers.

Another bit of unexpected history is the connection to well-known Wisconsin name: Froedtert.

Written in huge letters across the side of one of the buildings, the Froedtert name commands your attention. You might have wondered, “you mean that Froedtert, like the hospital?”

The answer is yes, but the connection isn’t what you might expect. Listen to this week’s Urban Spelunking podcast as OnMilwaukee’s Bobby Tanzilo and I unpack the history.

Hint: this guy and his opulent desk are involved.