From newsreels to cult classics, how this theater captured Milwaukee’s curiosity

From newsreels to cult classics, how this theater captured Milwaukee’s curiosity 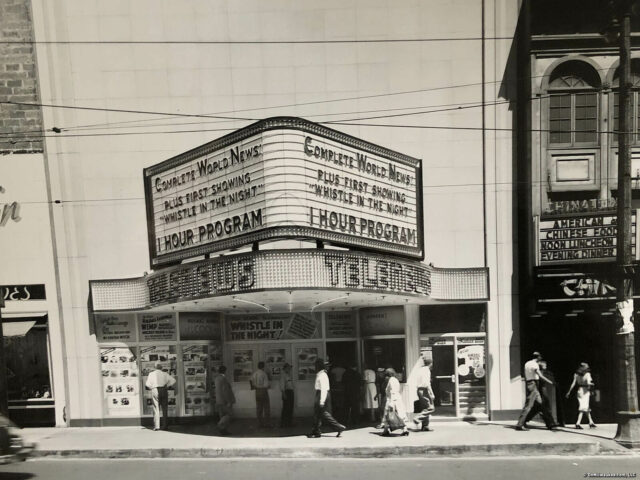 Imagine buying a ticket and spending an afternoon in the movie theater with the sole purpose of watching the day’s news.

Sounds a bit antiquated now, but during a certain era, theaters like Milwaukee’s short-lived Telenews Theater were on the cutting edge of global newsgathering.

Opened in 1947, the theater was located on 3rd and Wisconsin Avenue and screened newsreels, an hour long mix of news stories and sports footage. The Telenews Theater was part of a national chain, owned by the Hearst Corporation, “that included theaters in other cities like Detroit, Cleveland, Oakland, San Francisco and Seattle,” writes OnMilwaukee’s Bobby Tanzilo.

But the Telenews’ days were brief; with television taking over Americans’ homes in the the late 1940s and into the 1950s, the need for people to leave home to get their news quickly diminished. Within the first year of opening, the theater began to show feature films, and by 1965, it was purchased by Marcus Corporation and reopened as the Esquire, a small and adventurous movie theater.

This week on the Urban Spelunking podcast, we talk about both phases of the theater’s life, including the long list of cult classic films that were first screened there during its Esquire days. (Hint: it’s a time warp, indeed.)

Listen to this week’s episode, and check out Bobby’s story for more history and photos.