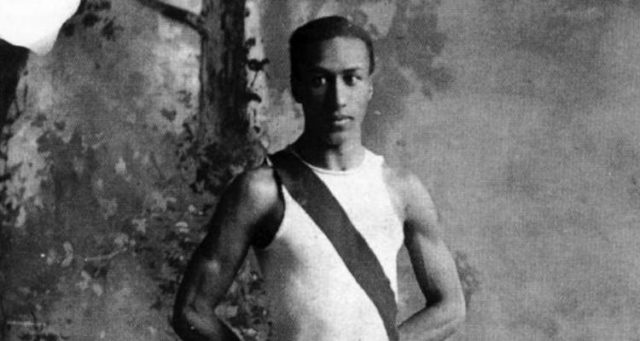 STORIES OF OUR STATE OLYMPIANS, AS TOLD BY JESSIE GARCIA

Did you know that Wisconsin has produced 500 Olympians? Local sportscaster Jessie Garcia’s latest book Going for Wisconsin Gold: Stories of Our State Olympians explores the history and stories of Wisconsin’s most influential Olympic athletes.

Listen below to learn more about Wisconsin Olympic history as told by author Jessie Garcia.

“My mom had said ‘you should do a book about Wisconsin Olympians,’ and I said ‘yeah that’d be cool,’” said Garcia. A month later, the Wisconsin Historical Society Press approached her about writing this exact book. “When they approached me I was like yeah I definitely want to do that!”

With the help of her assistant, Garcia was able to find Wisconsin has had a place in the Olympics since the 1900 games. In the book, she ties in history lessons of the Olympic games.

Some of those connections include Alvin Kraenzlein, who Garcia refers to as the “Father of Hurdling.’ During the 1900 Olympics, Garcia says Kraenzlein revealed the modern hurdling technique we see today, where an athlete has one leg straight with the other tucked. Garcia says prior to this technique, hurdlers were more like hoppers. They would approach a hurdle and just hop over, then start running again.