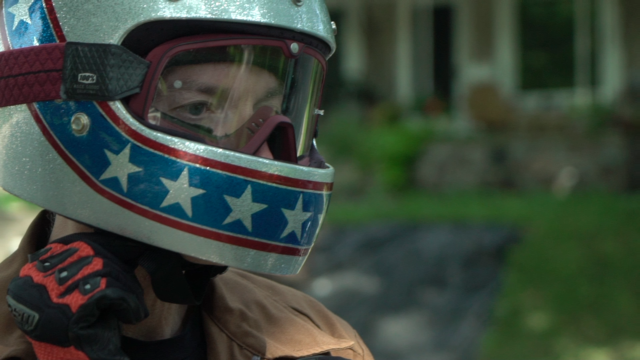 Every five years, at the end of summer, a thunderous roar descends upon the streets of downtown Milwaukee.

The 115th anniversary attracted tens of thousands of leather-clad riders from all over the world, as their quinquennial anniversaries usually do. The celebration-packed weekend culminates with thousands of bikers riding along a six-mile parade route, as fellow riders and supportive spectators revel in the positive atmosphere of hometown pride and the power the sound of engines have to unify an increasingly diverse crowd.

“When people who aren’t bikers think of the biker community they have these stereotypes in their mind,” says Cormac Kehoe, a motorcyclist and organizer of Milwaukee’s first annual Ride with Pride!— an LGBTQ motorcycle ride that made its debut during this year’s Pride Fest.

Kehoe is one of many motorcyclists striving to broaden the image of what a rider, specifically a Harley rider, looks like.

Walking down a one-block stretch at the end of the parade route offered a chance to meet riders that came from Japan, Brazil, Germany and Canada– a sample-size example of backgrounds, cultures, languages converging over a baseline commonality: the love of motorcycles.

The inaugural Ride with Pride! started at the Harley Davidson Museum and attracted roughly 200 riders. They are vying for the title of “World’s Largest Pride Ride” after submitting the information to Guinness World Records this year.

'The bike keeps us in common'