Have you met Sypher Lady X?

Have you met Sypher Lady X? 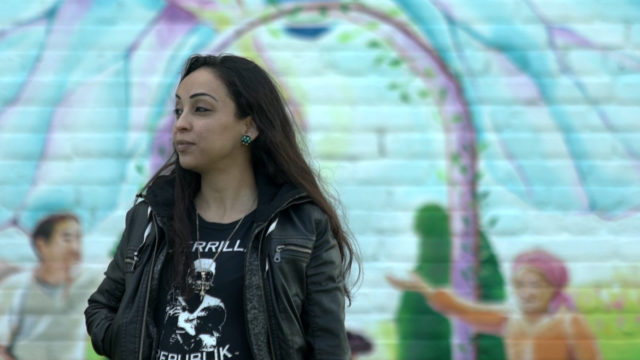 Sypher Lady X is an artist, a rapper, a hip-hop activist, a mother and a woman who is making an imprint on her community by tracing back her roots. “There hasn’t been a strong presence in the Latin hip-hop scene here in Milwaukee,” explains Sypher Lady X, one of Milwaukee’s only Latina hip-hop artists.

Sypher Lady X began creating music as part of the hip-hop group the Sypher Squad in 2008, for which she was the only female member. In 2012 she ventured on her own as a solo artist while gradually figuring out where she fit in the city’s music scene. Being one of the only artists repping the Latin hip-hop scene in Milwaukee presents its challenges, but also offers opportunities to do something different. She explains that once artists stop trying to fit into a box of what hip-hop music commonly sounds like, it creates space to inject their own identity into the sound. A Milwaukee hip-hop duo that she points to as being an example of creating new sound by embracing their Latin roots is Browns Crew. 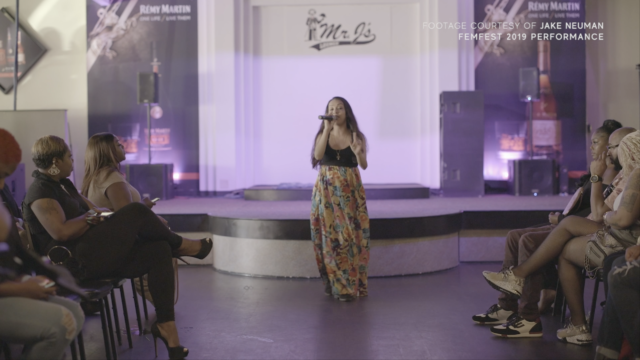 This is what excited Sypher Lady X most about Riverwest FemFest: Its mission is driven by the need to create spaces for underrepresented communities in Milwaukee’s art scene. FemFest 2019 runs from May 26 through June 2 and features a spectrum of femme, trans, gender non-conforming, non-binary, women and POC artists who will showcase their work at events throughout the city.

This will be the third year Sypher Lady X is performing at the weeklong festival. “This is awesome; a movement with all women,” she says. “I’ve mostly been around places where it’s mostly male-dominated.” Sypher Lady X will help close out this FemFest 2019 with a performance at Company Brewing in Riverwest at 8 p.m. on Sunday, June 2. Get to know Sypher Lady X by watching our conversation in the Butterfly Park in this week’s Community Stories video above.