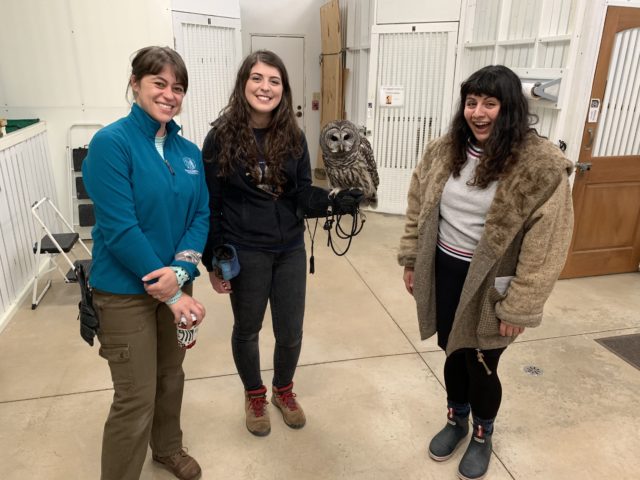 When you hear the word “raptor,” do you immediately think of Jurassic Park? If you do, we don’t blame you, but that’s not technically correct.

In most cases, these birds thrive on their own, even in larger cities. But occasionally, when a bird is injured or interacts with humans at an early age, they can become “imprinted.” That means they essentially think they are humans and don’t develop the skills to survive in the wild.

That’s where the Audubon Center comes in. Through it’s raptor program, it cares for these animals that, for whatever reason, aren’t able to care for themselves. The birds are taken in, assessed and provided veterinary care. Then, they become educators.

The Audubon Center has a team of birds — and human caretakers — who travel to schools and libraries. In addition to teaching kids about the birds, the program also helps to raise awareness about conservation efforts and what to do if you encounter an injured bird at home.

Listen to our audio story above; Afternoon Host Ayisha Jaffer and I went to behind the scenes at the Audubon.