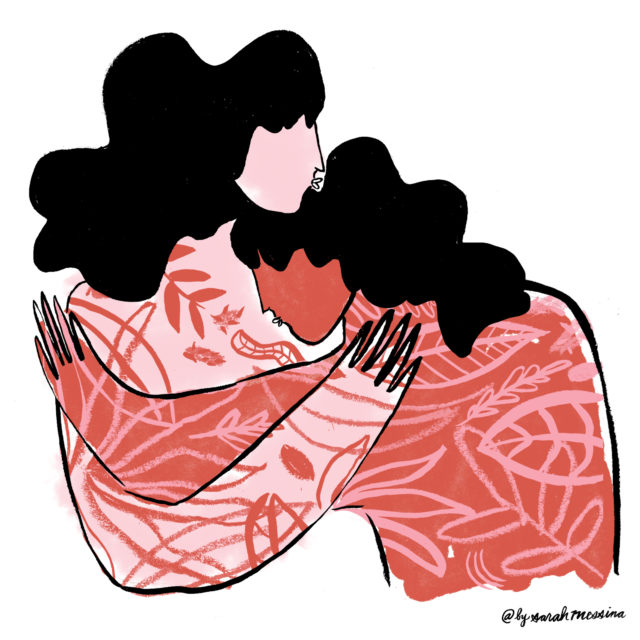 2015 was the year of self-publishing blogs. It was during that time that anyone could make something or say something as long as they had access to the internet. That’s exactly what Julia Nusbaum did. She found an avenue that was untapped and decided to roll with it.

Nusbaum is the founder and editor of chief of HerStry, an Milwaukee-based online literary magazine that provides a platform for women to write.

HerStry started when Nusbaum was finishing graduate school. She was living in Nashville at the time and worked with women who had been previously trafficked and saw an opportunity for them to open up about their journey. Nusbaum said that experience sparked the idea to create HerStry.

“I saw this huge need for women to have this space to share their story,” said Nusbaum. “I thought, ‘I should create that space,’ and I didn’t know what to do so I always turn to words as a way for me to create things and so I thought, ‘OK, I’ll start a blog.’”

HerStry has gone a long way from just being an online literary magazine. To assist new writers, Nusbaum decided to begin a series of workshops.

Another addition that has been recently added within the HerStry community is a critic club, which runs for six weeks exclusively online for writers alike to discuss and critic different work.

“Everyone has something interesting to say and I think that’s what people don’t realize,” said Nusbaum. “If you think you don’t have anything you might miss out on someone who is touched by your story in some way.”

Sharing your work can be a liberating experience but can also be petrifying because it’s close to you. You’re exposing an element of yourself and being vulnerable. That’s why it’s important to have spaces where people can simply share. I personally believe that the more we share the more we relate. I mean isn’t that what most of us are looking for? A connection. The HerStry platform connects us to ordinary everyday women.