How a former hostel is turning into a Riverwest housing cooperative

How a former hostel is turning into a Riverwest housing cooperative 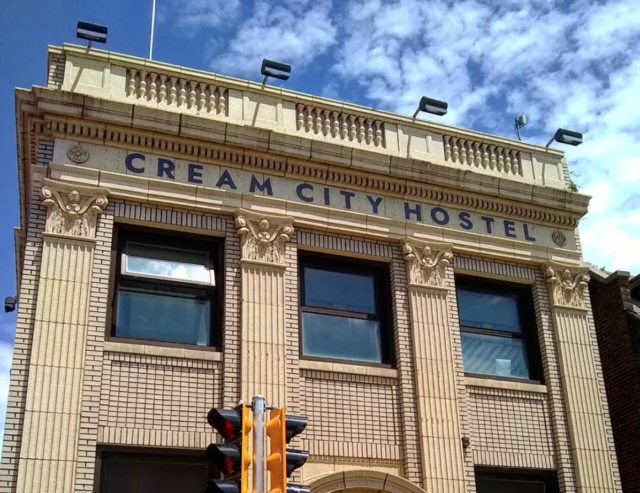 Cream City Hostel was Milwaukee’s first and only hostel. It was co-founded by Carolyn Weber, who had long wanted to run a hostel, and opened in 2019 but due to the coronavirus it had to shut down shortly after. The pandemic limited international and even national travel, cutting off revenue.

Juli Kaufmann is the President of Fix Development and is a managing member of RiverBee, LLC, which owned the building that Cream City Hostel resided in. Juli says that they wanted to make Cream City Hostel work through the pandemic.

During the first three months of the pandemic they wondered if federal relief money could help. However, she says that even if the hostel could get emergency funds to help it stay open, the reality that people would not be traveling for another year meant that the business likely wouldn’t survive.

“We had just opened,” says Juli. “We had travelers from 13 countries. We had started to see a real impact. We were so excited to finally get it up and running and in less than a year into our opening this happened.”

Juli describes how the loss of the hostel affects the surrounding neighborhood.

“That was a project like many projects that is designed to set reasonable affordable rents for the tenants,” Juli says. “The tenant pays rent and that rent flows back to support the building pay, property taxes and generate a very small return for those neighborhood owners so that wealth recirculates and creates goodness in Milwaukee.”

So they considered ways to save what they could.

“We wanted to look at ways that this unique, diverse ownership group could basically not lose the asset to the bank; have it be foreclosed,” says Juli. “We’re not deep pocketed, there is not anywhere to turn for financial salvation.”

After some brainstorming they decided to pursue making the former hostel space cooperative housing. Juli says that there’s been interest in co-op housing, but Milwaukee doesn’t have any.

Juli says that it’s up to future members to decide the direction that the cooperative takes.

“Maybe it’s a bunch of folks that care about the environment and want to grow their own food; we have a huge backyard and that might be appealing,” says Juli. “Maybe it’s folks who want a more affordable place to live and they’re wanting to do it not in a crappy place that’s owned by an absentee landlord that’s a jerk that never fixes stuff. You’re empowered as a collective in collaboration with the owners in this model to have more control.”

If the cooperative housing’s model is a success, there could be more models for other projects by the city and other developers going forward.

Until then, it’s about finding and gathering the first members and seeing what they have in mind.