How an act of kindness goes a long way for protesters

How an act of kindness goes a long way for protesters 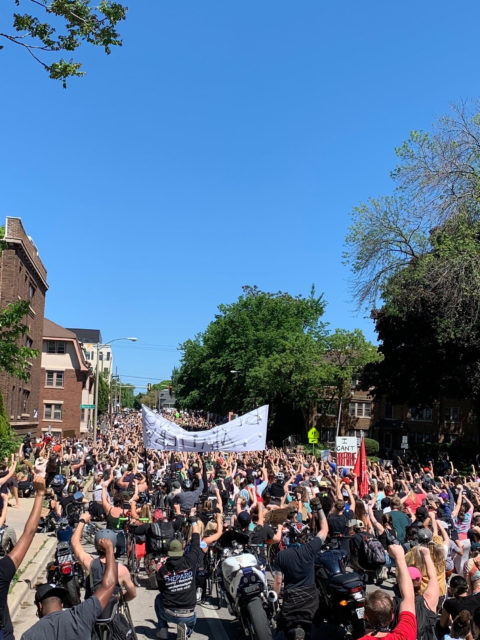 Like most people lately, my attention has been focused on the Black Lives Matter Movement, and rightfully so. I’ve had time to reflect my own position as a person of color in this movement, I’ve stayed informed by reading books and listening to podcasts, and I’ve attended a few protests in support of ending police brutality.

One thing I have noticed while marching with Milwaukee locals is the essence of community and how quickly our city has shown of what it means to advocate and step up for one another.

An example of support has been the endless supplies and first aid kits donated by everyday individuals such as Madeline Redell, who provided supplies and aid to protesters around the city.

“Being a white person its sometimes difficult to navigate because you obviously want to show solidarity and amplify Black voices but you definitely not overshadow them,” said Redell.

Redell wanted to assist the protesters, but being immunocompromised, she knew she couldn’t attend any of the protests herself. With the help of her two friends, Chloe Wilkerson and Zachary Ochoa, she decided to create a fundraiser to support local activist Darius Smith after seeing a social media post on an upcoming protest hosted and created by Smith.

They set out a goal to raise 200 dollars, a goal they far exceeded. In three days they raised more than $3,000 dollars for supplies.

“We wanted to create an environment for Darius’s message to be heard by as many people as possible,” said Redell. “We hoped that if people saw that there were medical tents and supply cars and everything that they may need along the way, we could convince a couple of people to come out that was the goal.”

Redell used the majority of the funds for the initial protest hosted on June 6, but even after purchasing water and items for first aid they still had a little over a thousand dollars remaining.

To help create an impact, they donated the remaining funds to Leaders Igniting Transformation, a youth of color independent nonprofit that helps organize young people to build independent political power for social, racial and economic justice.

Madeline says it’s important to note that the spotlight should be on the Black community and everyone should be participating to spread their message.

“It’s something that white people need to have conversations with themselves on how their role in this can develop,” said Redell. “It’s not our emotions, it’s not our grievances that need to be heard. It’s supporting and amplifying black voices.”