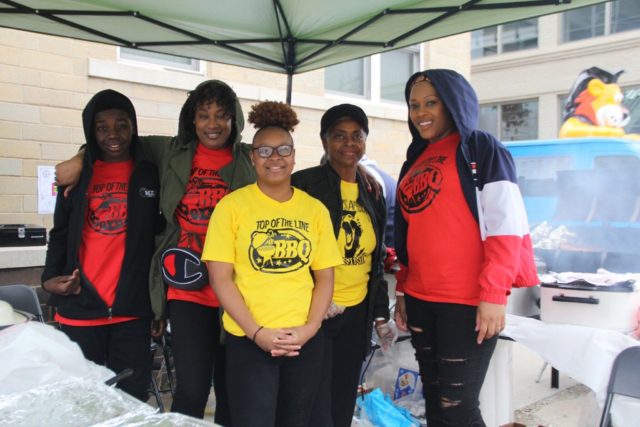 Being recognized as a Milwaukee County holiday earlier this week and for the first time being observed by major American companies such as Twitter, Nike, NFL and more, Juneteenth has entered the national consciousness like never before.

Since 1865, Juneteenth (June 19) has been a day to celebrate the emancipation of slaves in the U.S. following news of the Emancipation Proclamation reaching Texas — subsequently leading to widespread celebrations. Despite the significance of the day to the country’s history, it has largely remained a regional celebration in the South and some pockets of the Northern U.S. recognized only by Black communities.

However, the recent resurgence of the Black Lives Matter movement and a newfound global discussion of systemic racism in America has created circumstances perfect for the 155-year-old holiday to finally receive its due. And in regard to the celebration, Milwaukee has been largely ahead of the curve for the past 49 years.

Starting in 1971, the Northcott Neighborhood House community center began celebrating Juneteenth as a result of a thriving Black community according to County Executive David Crowley (the city’s first Black elected county executive). But why specifically Milwaukee? The answer includes a range of factors

There are the Milwaukee industries which employed Black citizens at the time and created a community around themselves, Wisconsin’s own history of African-Americans striving to be recognized as citizens as far back as The Underground Railroad and the Midwest’s connection to the Great Migration of Black Southerners from 1916 to 1970 bringing celebrations and traditions with them from the South. As a result, the city gained a reputation as a place to celebrate the traditionally Southern holiday and this reputation has continued until today and made the city’s annual celebration one of the longest-running in the country.

Of course, this year’s celebrations have been altered due to the ongoing pandemic. Yet in spite of this, the day is more important than ever. This is due to the aforementioned global discussions on racism in America which have created greater awareness around the Black experience — and this aligns with what Juneteenth is ultimately about.

While a celebration of emancipation, Dr. Robert S. Smith of Marquette University explains that it is also a celebration of the “operationalization of freedom.” In other words, Black communities exemplifying freedom beyond the 13th Amendment. This includes being recognized as equal citizens, owning property, playing a role in the economy and labor market and being educated among other basic rights as a citizen of the U.S. — basic rights which the recent protestors have been organizing and marching for

Juneteenth celebrations touch on all of these facets of Black lives and shows a commitment to improving democracy as it is ultimately based in America’s first exploration of a racial democracy through the 13th Amendment; as Dr. Smith explains: an actualization of what a democratic process is supposed to look like.

Dr. Smith adds that Milwaukee’s own celebration is unique due to the urban experience which accompany it and coalesce with the holiday’s rural roots in the South. Electoral politics and especially policing come with the urban space which Milwaukee occupies and Juneteenth allows Black communities to signify their presence and permanence in this space through reconnecting with the family, culture and generations before which brought them here.

This isn’t to say that the celebrating of Juneteenth is strictly reserved for Black individuals. In fact, David Crowley encourages everybody celebrate Juneteenth in some way as ultimately he believes it is a day of giving back to the Black communities and an opportunity to help break down the barriers which infamously segregate Milwaukee.

Enjoying Black art and entertainment, learning about the past, considering the future, supporting Black restaurants and attending digital Black events are just a few ways that anyone can celebrate Juneteenth this year in place of the famous festival.

Similarly, Dr. Smith expresses that Juneteenth is a day to reflect and understand your own personal circumstances while taking a close look at what citizenship should be in this country. Moreover, he recognizes that this specific Juneteenth is a day for white Americans as a whole to confront their past and decide if the country must stand for something better.

For more regarding Juneteenth, including a producer chat with David Crowley and Dr. Robert S. Smith and a discussion regarding the 13th Amendment with Dr. Smith, listen to the Community Stories below.