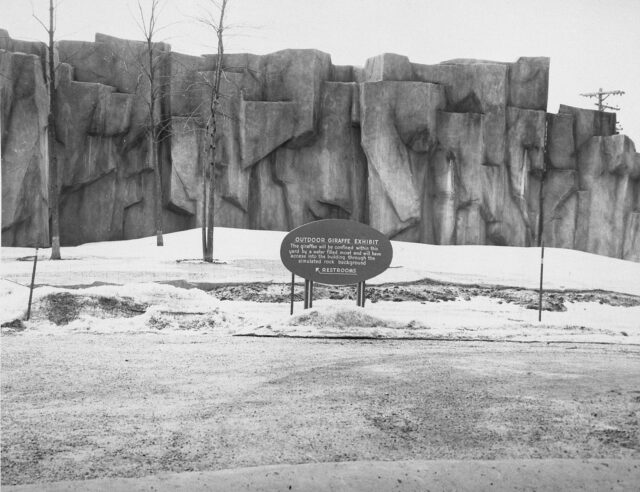 We’re visiting the Milwaukee County Zoo again this week on Urban Spelunking, tracing its history from its former location to its current one.

Last week, we learned how the zoo was first built in 1892, with a much smaller footprint in Washington Park. This week, we’re learning how the current zoo was built during the late 1950s and early 1960s near Highway 100 and Bluemound Road.

OnMilwaukee’s Bobby Tanzilo got access to dozens of amazing photos from the zoo’s historical archive. Though the zoo’s buildings have been continuously renovated over the years, you’ll still recognize many parts of the park area as it is seen today.

This aerial view, for example, looks quite familiar.

The first thing to be built on the present-day site was the train, which is still a highlight for visitors today. During construction, you could ride it around the park and see the buildings taking shape.

As Bobby found out in his research, there was a brief overlap when Milwaukee actually had two zoos, as it was relocating the animals into their new enclosures.

Read more about the history at OnMilwaukee, and be sure to listen to this week’s podcast below.