How the recognition of human dignity is rooted in racial equity

How the recognition of human dignity is rooted in racial equity 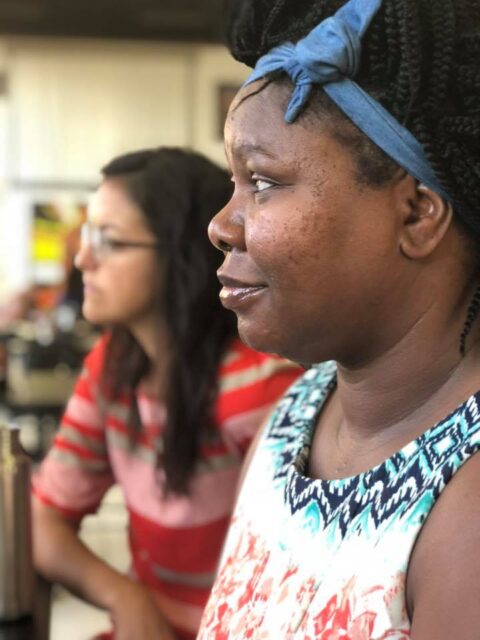 Ubuntu is a word derived from South Africa, one that translates to humanity and often means “I am because we are.” It was the idea and core essence of humanity centered around unity that inspired founder Monique Liston to create Ubuntu Research and Evaluation.

Ubuntu is a professional learning community run by Black women who use liberation and beloved community frameworks to evaluate, facilitate and strategize with communities. Essentially, Ubuntu designs programs while coaching and facilitating groups to help individuals challenge their mindsets and consciously uplift racial equity.

“We are just a bunch of Black women from all different backgrounds doing incredible work with the skill set that we have in areas we know best,” said Sojourner White, Ubuntu’s project and media strategist.

Ubuntu at its core is facilitating accountably and strategically enforcing that Black people are valued, respected and treated ethically. It’s understanding how to serve Black people in all spaces and institutions, ranging from education to health and government.

“The core part of Ubuntu is recognizing that Black people are not given the same dignity that we all deserve,” said White. “We help organizations figure out, ‘What does dignity look like in all these spaces for Black people?'”

Take the wage gap, for instance. Black women experience both a race and gender pay gap. According to the Census Bureau data from 2018, white women earned 79 cents for every dollar earned by a white man. If we factor race, Black women earned 62 cents for that same dollar.

While the main substructure is teaching people and fostering an equitable world, Ubuntu is rooted in the fundamental concept of the beloved community, one that starts internally with Unbuntu’s staff.

“How do you move in a space that is more healing?” White answered when asked what she learned working with other Black women. “We understand that especially as Black women, the work that we do harms us because we addressing racial trauma in various organizations. We need that space to talk to each other and to cry together if needed. This is definitely a great space to be in especially right out of graduate school.”

Listen to our audio story below.

Watch the full conversation with Sojourner White below.