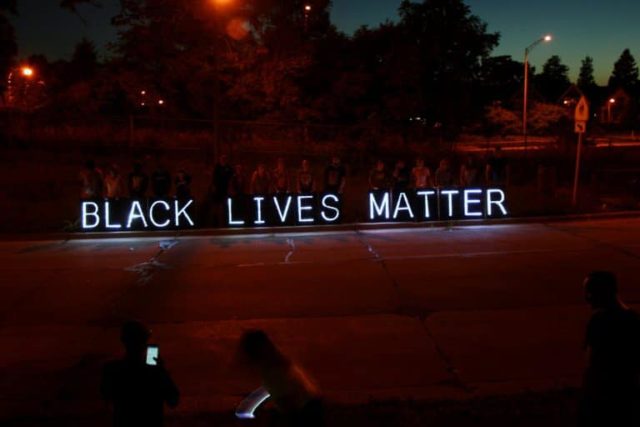 If you are like me, you’ve probably spent a lot of the past week thinking “How can I help?” in regards to the calls-to-action following the murder of George Floyd.

As a white man who grew up in a predominantly small, white town and attended a university where more than 80% of the student body was white, I was rarely confronted with the black experience through anything but the lens of entertainment or the news. Since moving to Milwaukee two years ago, I have grown to have black friends and co-workers and reach a greater, personal understanding of black culture but the past week has challenged the notion that I was doing enough by doing so.

I began asking myself what more I could do and how I could use my privilege to help — but, I didn’t know where to begin and was paralyzed by the fear that I wouldn’t be taking the right action or the idea that my voice would be silencing the black voices which should be heard instead. After expressing these feelings, I found out I am not alone and white people and people of color close to me felt the exact same.

One of these individuals was 88Nine’s own audio producer, Salam Fatayer. As a result of this, we connected with the Milwaukee chapter of the organization Showing Up For Racial Justice (SURJ), which specifically aims to help non-black allies find their place in this fight through education, community organizing and mobilizing.

Founded in Milwaukee following the 2014 shooting of Dontre Hamilton and the ensuing uprisings, SURJ was formed to provide a space for white protestors to become better allies and shift the focus away from them and onto the black community. In the years since, they have become a trusted resource for non-black supporters of BLM in the city with close to 4,700 members in their Facebook group as of this writing.

We spoke with group organizer Stephanie Roades who answered our questions and provided a laundry list of resources and guidelines to help us and other individuals become better allies.

What are good first steps for joining the movement?

One of the biggest hurdles in tackling this issue is learning where to start. However, doing so may be simpler than you think. Roades suggested that it helps to first acknowledge that this is a complex situation where there is often no clear right or wrong answers. Therefore, you have to open yourself up to the fact that you may be criticized for your actions and be ready to make changes if need be.

To make a more informed decision, Roades suggests first following the guidance and asking questions of non-black organizations like SURJ and other individuals who have been long ingrained in the black community and can be trusted. This is because they believe that it isn’t the responsibility of the black community to educate allies, that’s on us.

Moreover, simple steps like following black leaders on social media, consuming black entertainment like movies and books and checking in on black friends can help connect you with the black experience and challenge preconceptions you may have.

Where should you look to in Milwaukee?

One of the organizations and leaders which SURJ specifically cites is The African American Civic Engagement Roundtable, or AART. Led by Markasa Tuckerat, the org serves to “…empower and organize our community to transform policies so African Americans can thrive and live at their greatest potential.”

In order to stay connected to the Milwaukee Public School system, the Black Educators Caucus MKE is another dependable resource referred to by SURJ. The group, made up entirely of black educators highlights the voices of teachers and students and the issues they face within MPS.

Recognizing that there are tons of other sources, Roades also advised people to follow SURJ MKE on Facebook as they seek to only amplify voices of trusted leadership.

How can you contribute to the protests if you can’t be on the ground?

If for whatever reason you cannot join the protests which have been sweeping the city and striving for systemic change, there are plenty of ways you can still help out.

While the most obvious means is donating money, this doesn’t have to be in the form of donating directly to a cause which is collecting funds. Instead, SURJ suggests donating medical supplies, first aid, water, food and other supplies for protestors through groups that are organizing events.

Further, supporting black businesses, especially in areas where protests have been occurring, is a huge help. Resources like the mobile app and site MKE Black highlight black-owned businesses through a large database which also includes job postings and events.

Some methods of assisting which we didn’t even consider beforehand were offering rides to individuals from jail who may be without money or a phone, offering childcare for those protesting and even remaining available as an emergency contact who can create a plan of action if a person is detained and needs to relay info to friends, family and employers.

How can you make sure your social media posts are helpful?

Although “Silence is Compliance,” Roades still recommends that you are deliberate about what you post on social media. Posting a selfie at a cleanup will accomplish very little, but using your post to call for others to do what you’re doing and contribute to your efforts can create a snowball effect of impact.

How can you hold those close to you accountable for their anti-blackness?

One of the most obvious but difficult ways to make a difference is by confronting those close to you when they express anti-black sentiments. In Roades personal opinion, the most effective means of doing so is not by trying to explain the black experience but by tackling the systemic problems which surround an issue instead. By focusing on what someone defines as their conflict with the movement and helping them understand what conflict the movement is making visible through that expression and why it exists, it is likely they will realize their own logical fallacies in confronting their thoughts, Roades believes.

SURJ as a whole operates on a similar philosophy of “Call people in, don’t cast people out”. This stems from the fact that racism isn’t inherent to people’s nature, but learned and can thus be “unlearned” over time.

For more on our conversation with Roades, listen to our audio story with her below.