In 1930, this building was Milwaukee’s Empire State Building

In 1930, this building was Milwaukee’s Empire State Building 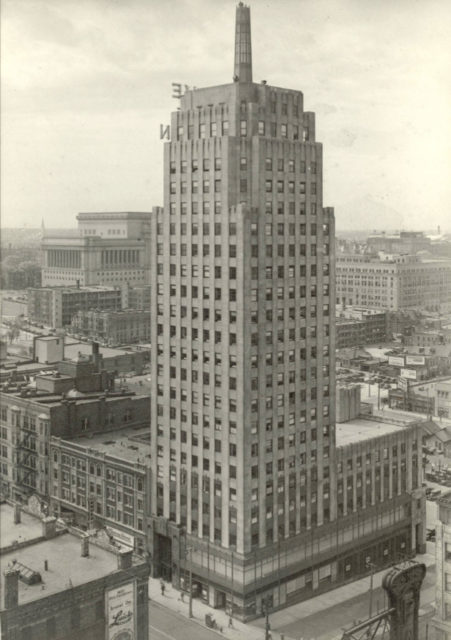 It may not be the most majestic by today’s standards, but when it was completed in 1930, the Wisconsin Tower was an amazing sight to see.

Built at the height of the art deco movement in architecture, the tower at 6th and Wisconsin Avenue was the tallest non-government building in the state, second only to Milwaukee’s City Hall.

The 22-story office tower must have looked as if it was transplanted to Milwaukee from the New York skyline, offering much of that same big-city luxury.

Local media made a big to-do about its elevators, said to be among the fastest in the country, and guaranteed not to get stuck between floors. And just in case, they also offered phones inside the car so busy businessmen could call home late for dinner, according to a newspaper story.

In its nearly 100 year history, it has been home to countless professionals, a popular restaurant and a legendary radio station, WQFM, famous for its on-air lineup and stunts. (We talk about one particularly weird — and daring — radio stunt in the podcast.)

The tower still stands today with its offices converted to 74 condo units.

Listen to this week’s podcast, and be sure to visit OnMilwaukee for the complete story.