Making connections across the globe, at 23rd and Burleigh

Making connections across the globe, at 23rd and Burleigh 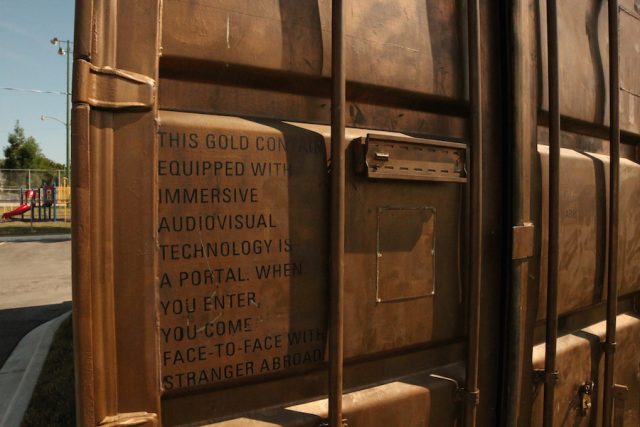 Step inside, and you’re transported to another part of the world — virtually.

It’s a video project happening in the Amani neighborhood known as the Shared Studios International Portal.  Inside an eye-catching golden metal box, in Moody park at 23rd and Burleigh St., visitors connect with people across the globe via videoconferencing. 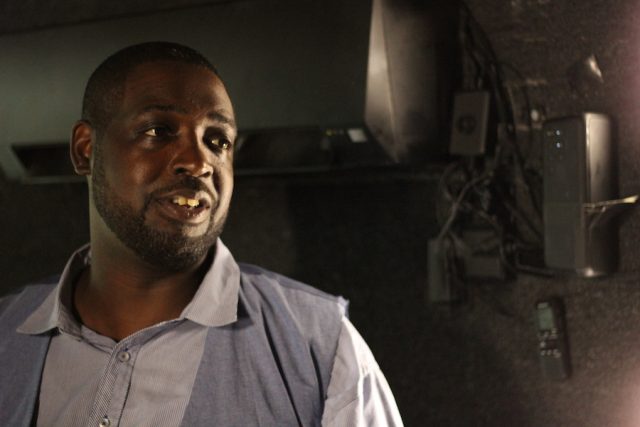 “When you think ‘portal’ you think walking into a hole or something that transforms you into another place.  So we thought it would be cool if we used shipping containers,” Lee said.

The inside of the shipping container has been fitted with state of the art video equipment — a camera looks you in the eye, and in front of you, a screen showing a life size image of the person on the other end.

It’s all about facilitating dialogue with other organizations and sharing an experience. 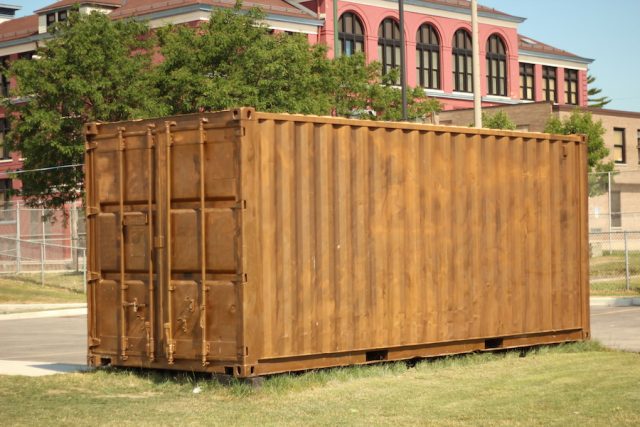 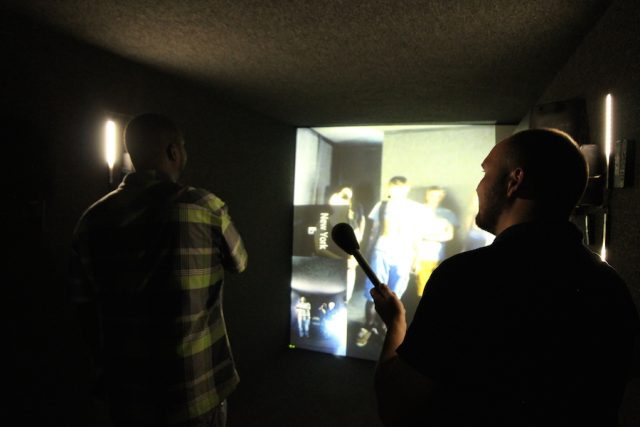 “Some people come here and make me laugh.” Lee said. “I even cried a couple of times, because it got real emotional. Because that’s how deep the dialogue is getting.”

The portal came to the Amani neighborhood this summer as a project of Yale University. Tracey L. Meares is a professor of law at Yale, and says the concept started with something we do everyday — talk.

“Sort of the idea of bridging space through ordinary conversation,” Meares said. 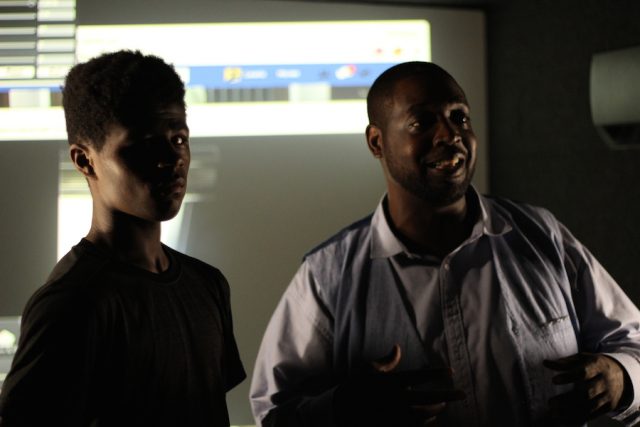 Those conversations originally connected youth from the 53206 zip code to others in Newark, NJ, a similar community to Milwaukee in many ways, Meares said.  But since then, the portal has gone online with other communities since, linking Milwaukee to Asia, Africa and Europe.

“It’s the ultimate educational tool.  I have a hard time telling students what to do, but I can get them in here, and they will listen to a whole seminar from somebody from another country” Lee said.

The Moody Park portal is open to the public and connects with dozens of locations around the world.  Find scheduling information here.