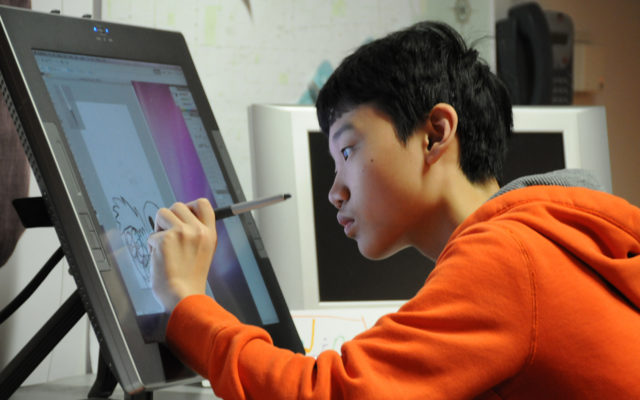 This holiday season on Community Stories, we’re tipping our hats to organizations around Milwaukee specializing in youth education — especially in the arts. That’s been Margaret and Mark Fairbanks’ focus as founders of Islands of Brilliance.

The Milwaukee nonprofit organization uses both art and technology to reach youth on the autism spectrum, ages 8 to 18. 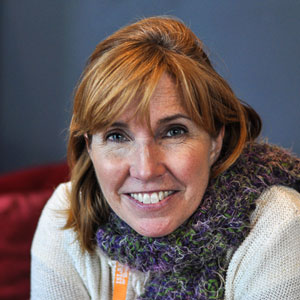 “People always want to know what the cause of autism is. We haven’t found that yet. And I’m not sure that matters for the people living with it,” Margaret says.

It’s a personal calling for them.

“Our youngest son, Harry, was diagnosed on the autism spectrum just before the age of three,” Mark says. “And we were given a very dire forecast for his future by the neurologist at that time. And that kind of set about a chain of events in us.”

Moving beyond the diagnosis, not letting it define their child — that’s what came next.

Like many on the autism spectrum, their son, Harry, had a narrow and very specific interest. 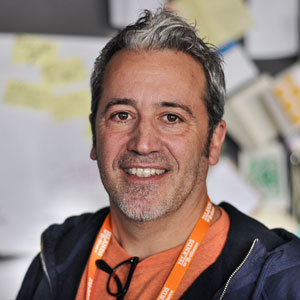 “For him that was trains. So everything revolved around trains. And he learned to read, he learned to write, he learned to communicate, all based on his area of interest,” Margaret says. “And even though it would drive us absolutely insane, it worked.”

Now, 17 years after that initial diagnosis, their son is in his junior year of college. And he’s doing well, something that first doctor never thought was possible.

Based on their son’s success, they saw opportunity to affect other youth on the autism spectrum.

In 2012, they launched Islands of Brilliance, with a handful of students. They were given freedom to explore their laser-focused interests.

This is where the art comes in.

From there, they move can on to After Effects, coding, 3D modeling, augmented reality, etc.

And it all begins with art.

“That collision of art, creativity and technology is at the heart of what we do,” Mark says.

The projects serve as a good starting point and they end up meaning so much more to students. They develop social and communication skills, self esteem and purpose.

“We thought this might just a fun little after school program, and now it is changing futures,” Margaret says.

Since 2012, Islands of Brilliance has grown from seven students to more than 400 set for next year.

The organization is always looking for volunteers. You can find ample opportunities on its website.