Lakeshore State Park is the nearby retreat we need this summer

Lakeshore State Park is the nearby retreat we need this summer 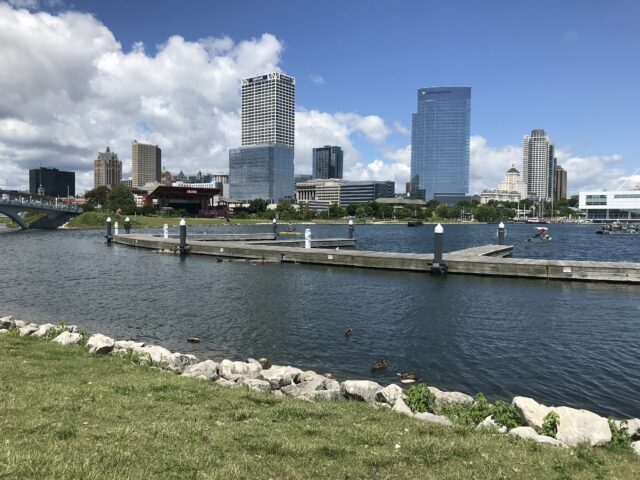 I’ve spent the entire summer torn between the need to be around people for my sanity and the need to stay away from them for my safety. During the pandemic, everything is a trade off: The outdoor spaces that provide the greatest sense of revelry are the most crowded ones, and by extension the riskiest ones. Quieter parks, meanwhile, feel safer, but they’re a poor substitute for the bustling environments and people watching we’re used to enjoying during a Milwaukee summer.

There’s one park, though, that at least to my cautious mind strikes the right balance been safe and lively, and conveniently it’s close to everything: Lakeshore State Park, the unlikely state park tucked right off the Summerfest grounds in Downtown Milwaukee. A favorite of joggers and cyclists since it opened in 2007, it’s a scenic, open expanse of prairies, bridges, walkways and fishing spots right on the lake that provides some of the most majestic views of both the city’s coast and skyline.

The park is well used. On a recent, sunny Sunday morning, paddle boaters toddled along the lake while unhurried fishers cast lines and some very happy golden retrievers chased after balls their owners tossed into the water from the beach. A yoga instructor guided her class through downward facing dog and other basic asanas, each mat placed well more than six feet apart.

For all the activity — and there was a lot of it — everybody was spaced out. There was enough room for everybody to simply do their thing, without having to worry that some jogger might invade your airspace with viral particles real or imagined. Normalcy is in short supply these days, especially in public spaces, but at Lakeshore State Park things feel about as normal as they can be, under the circumstances.

Lakeshore State Park’s paths and bridges connect to a number of attractions, including the Oak Leaf and Hank Aaron trails, the Milwaukee Art Museum and Discovery World, as well as the Summerfest grounds, via a lake walk that runs the length of the Henry Maier Festival Park.

Summerfest’s lake walk is open each day from 7 a.m. to 7 p.m., and walking it was a surprisingly bittersweet experience. It’s undeniably sad, seeing all those empty stages and the SkyGlider-less chairlift tracks, a reminder of the summer we’ve been denied.

But at the same time, you’re still on the lake, and it’s as beautiful as ever. There’s some real comfort in knowing that I can still sit on the same rocks where, in better year, I’d usually be staking out a spot to view fireworks or devouring a Saz’s combo platter between sips of cold Miller Lite. This summer may be a wash, but Lakeshore State Park reminds us that the city is still here, standing and waiting, ready for us to enjoy it again as soon as things return to normal.