Les Paul’s legacy of musical innovation goes beyond his guitars

Les Paul’s legacy of musical innovation goes beyond his guitars 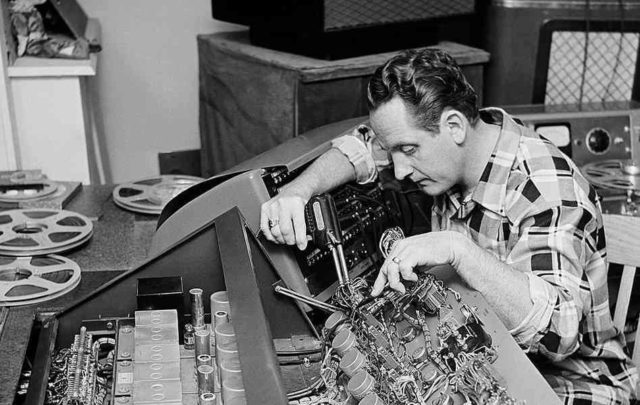 Remembering the legend with the Les Paul Foundation

Les Paul would have celebrated his 103rd birthday this year.

And all these years later, the Wisconsin native’s influence is still heard in virtually every genre of recorded music.

Paul is widely known for his work on the early solid body electric guitar, beginning with his own experiments in his Waukesha home.

Using common 4″x4″ lumber and pieces of an acoustic guitar, he fashioned his first prototype through a process of trial and error.

While he isn’t credited exclusively with the invention of the electric guitar, he was certainly among a small group of innovators who perfected it.

But his work on the guitar was merely the first major musical milestone he’d accomplish.

In the 1940s, he devised a host of new recording techniques — “sound-on-sound” the most notable — which formed the basis for all modern multi-track recording. He went on to champion a “new sound” in his own work, rich with layers of instrumentation and previously unheard sounds.

Then, in the 1950s, he partnered with Capitol Records to design its recording studios and the famous echo chambers beneath the record label’s Los Angeles headquarters. The subterranean, concrete, trapezoidal rooms were ideal for adding top-notch reverberation to recordings. Artists like Frank Sinatra and the Beastie Boys have used them, and there is a wait list to get in them today.

Listen to my conversation with Sue Baker, program manager for the Les Paul Foundation and close personal friend of Les’, as she talks about his life of innovation.