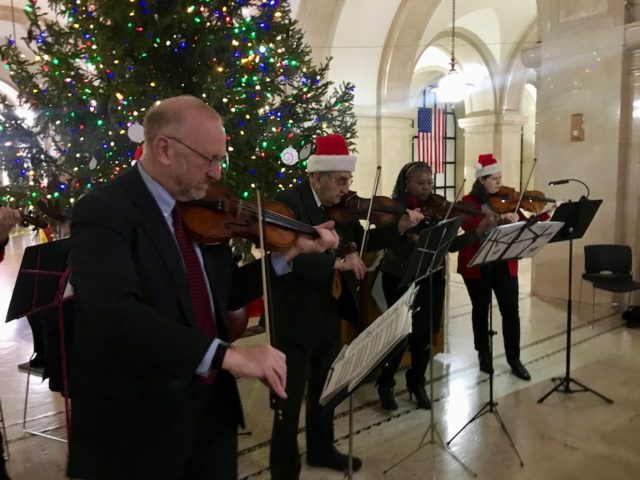 It’s a longtime Milwaukee holiday tradition, but unless you’ve been to the Milwaukee County Courthouse, you may not know about it.

For the last 42 years, a string ensemble called “No Strings Attached” has performed in the courthouse hallways, bringing a little levity to an otherwise solemn building.

The group formed the chambers of retired Circuit Court Judge Victor Manion after he discovered the prosecutor assigned to his court, Chuck Blumenfield, also played the violin.

They, along with then defense attorney Barbara Burman, began rehearsing, and after recruiting a pianist, started to perform. 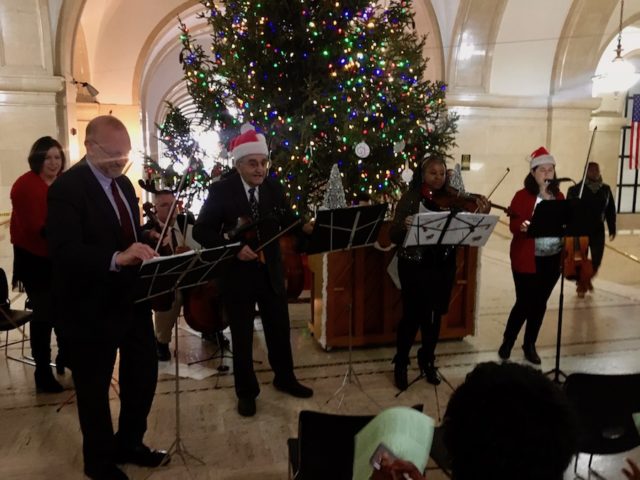 The group has grown and contracted over the years, but still remains active.

In addition to performing at the courthouse around the holidays, the ensemble also plays various engagements for colleagues in  the local legal system.

Click the player below to hear more about the founding story from Manion and Blumenfield and to listen in on the recent performance.