Love, Milwaukee plans to release a six-pack inspired by our city’s diversity

Love, Milwaukee plans to release a six-pack inspired by our city’s diversity 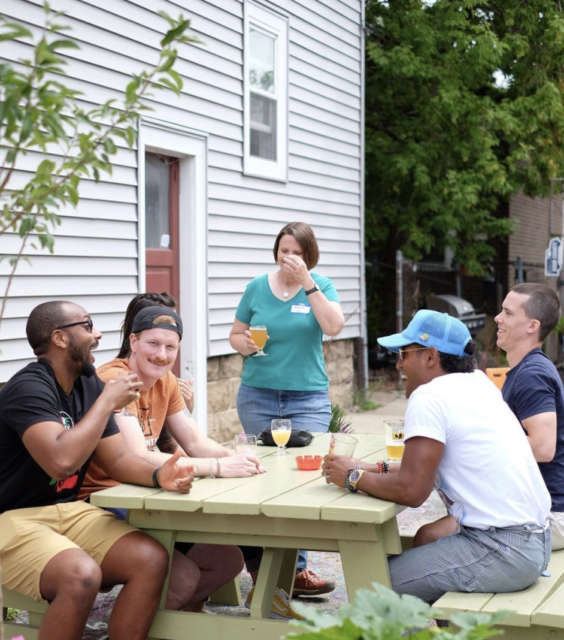 There’s a popular saying that beer is what made Milwaukee famous. It makes sense since our city is nationally recognized as “Brew City” for its brewing heritage for over two centuries, including Miller Brewing Company and Joseph Schlitz Brewing Company. Now a community organization called Love, Milwaukee is using that recognition to connect both local breweries and community groups for an upcoming cross-cultural collaboration on Friday, Oct. 1. The event is free and open to the public, with the goal of celebrating the launch of a six-pack that represents Milwaukee.

Here’s how this happened. All throughout the summer, Love, Milwaukee hosted a series of events with each team of a brewing company and community organization. For example, the organization ElevAsian and Gathering Place Brewing Company hosted an event where they showcased an Asian-inspired beer and locals tasted flavors with a hint of sake or one infused with mango and basil and gave their feedback. This month, each brewing company is set to create its final product for October. Adam Gabornitz from Love, Milwaukee said the event is meant to be a celebration.

“We want people to come and just be together and have a good time,” said Gabornitz. “It’s going to be a combination of having music, we are obviously are going to have beer there and most importantly we are going to have all the different types of people that have been participating with this representing the different parts of our city.”

According to the 2020 census, Milwaukee has a population of 600,000 people, with 44.4% white, 38.7% Black and 19% Latino. Milwaukee also houses a large Hmong population. Gabornitz said because of the city’s diversity, Milwaukee deserves to be uplifted.

“I love Milwaukee, I think it’s an incredible city and like all cities, we have our challenges,” said Gabornitz. “I am really over with reading the stories of Milwaukee being negative. What I want to do is lead with things that are so incredible about the city.”

The celebration will be hosted around the New Baron’s space from approximately 3 p.m. to 10 p.m. More information about the Oct. 1 event detail can be found on the Love, Milwaukee’s Facebook page.