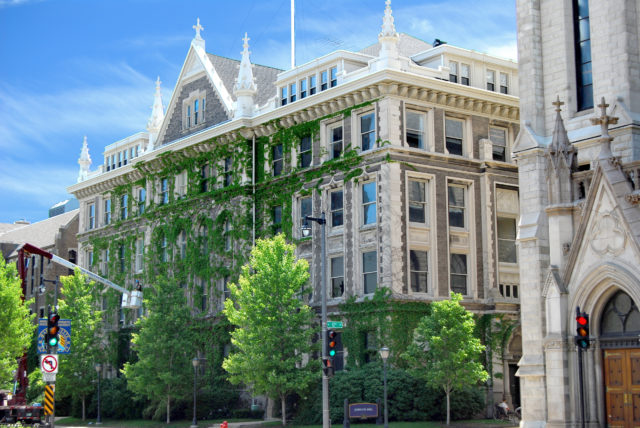 Earlier this week UW-Milwaukee announced that it was extending its spring break by a week and suspending in-person classes at least through April 10. This morning Marquette University announced its own plan for dealing with mounting coronavirus concerns.

Marquette will suspend in-person classes from March 16-20, though the university notes that students will still be required to complete assigned readings and coursework during that time. From March 23-April 10, all instruction will be completed online.

“Students who live in on-campus residence halls and university-owned apartments are directed not to return to campus before April 10,” Marquette instructed in a press release. “Those who live in off-campus housing are asked to use their best judgment on whether to return and to avoid campus facilities to the extent possible.”

The university is also suspending all on-campus university-sponsored events with more than 50 attendees through at least April 10.

“Throughout this period, we will assess our options for the remainder of the semester based on the spread of the virus,” the university’s statement reads.

As of 1 p.m. Thursday, the city’s St. Patrick’s Day parade had also been canceled, and Fiserv Forum announced its first coronavirus-related concert postponements. The country duo Dan + Shay postponed all of its spring dates, including a show scheduled for April 11 at Fiserv. That concert is now scheduled for Aug. 28. And singer Michael Bublé has postponed his March 29 concert at Fiserv Forum. No new date has been announced.

This is a developing story. You can find the latest local coronavirus updates at the Journal Sentinel’s live blog.