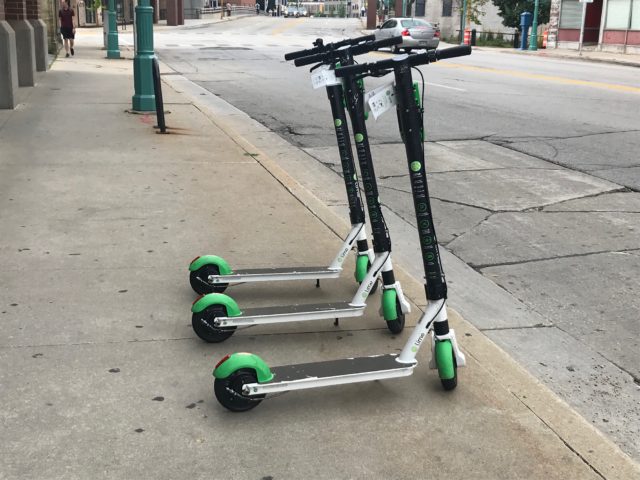 How do you solve a problem like electric scooters? That’s the dilemma that Milwaukee is wrestling with as it weighs the considerable benefits of dockless scooters (cheap, convenient transportation) against the considerable negatives (safety concerns, cluttered sidewalks and the general sense of chaos and lawlessness that comes from having hundreds of scooters poured onto cramped streets).

But while the city has sent mixed messages about where it stands on scooters, “pausing” the scooter pilot program only to reverse course less than two weeks later, unleashing an additional 700 scooters on the streets, Marquette University has made its policy on them clear: It wants them off campus immediately.

“There is increasing evidence on the dangers of operating motorized scooters, and as a police department, it is our duty to promote and protect the safety of our students, faculty, staff and guests,” Marquette University Police Department Chief Edith Hudson said, according to WISN.

The university says the fine for riding a scooter on campus will be $86.20.

UPDATE: A Marquette spokesperson has expanded on the specifics of its policy:

“This is not a perimeter ban. MUPD cannot prohibit the lawful use of motorized scooters or similar personal motorized vehicles on public streets. MUPD will, however, enforce all traffic laws related to scooter use.

MUPD will enforce all existing city ordinances related to the use of motorized scooters or similar personal motorized vehicles on city-owned sidewalks. The city ordinance states that a fine for such a violation is $86.20.

Marquette’s new policy applies specifically to campus-owned walkways, driveways and green spaces, areas that are designed for pedestrian use only.

MUPD’s enforcement of the campus policy will be largely one of education — first-time violators will be asked to leave campus property.”