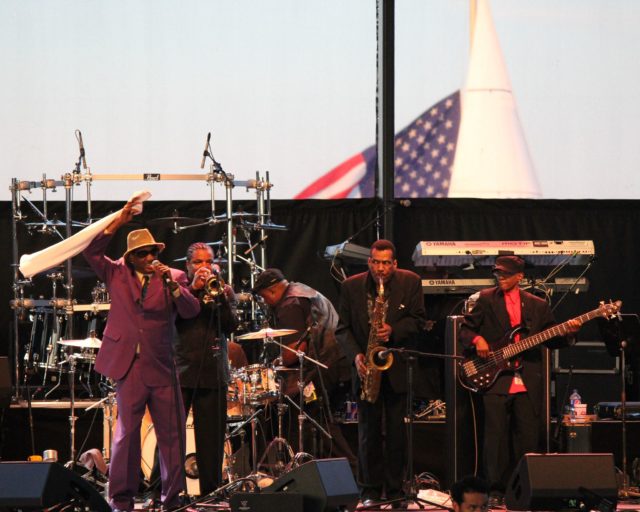 Wisconsin certainly has its share of talented musicians. But, did you know that the first record in Recording Industry Association of America (RIAA) history to go platinum was written by two young guys from Milwaukee? Johnnie Taylor’s 1976 hit “Disco Lady” sold over a million copies, but was actually written in Milwaukee by Harvey Scales and Al Vance.

Harvey Scales is a talented singer-songwriter. He’s an MPS graduate (North Division High School). He’s been active in the music industry since the 1960s and has composed songs for groups such as The O’Jays, The Dells and J. Giles Band. His original music has been sampled by everyone from The Beastie Boys to Prodigy. He once “out-twisted” Chubby Checker onstage to earn him the nickname “Twistin’ Harvey.” He was so integral to the soul/R&B music scene in the ’60s and ’70s that he is often called upon for interviews.

“I’m one of the few guys that was really there in the midst of all this,” recalls Scales. “Otis Redding, Jimi Hendrix, Wilson Picket, James Brown….I was there in Madison when Otis Redding’s plane went down.” Scales says that soon he will be the subject of a new documentary.

From singing doo-wop in school playgrounds to winning a Grammy, Harvey Scales is never takes his fame for granted. He plans a big tour this summer with his band The Seven Sounds.

Check out the audio story above to hear more from Harvey Scales. I even get him to sing a little bit for me.