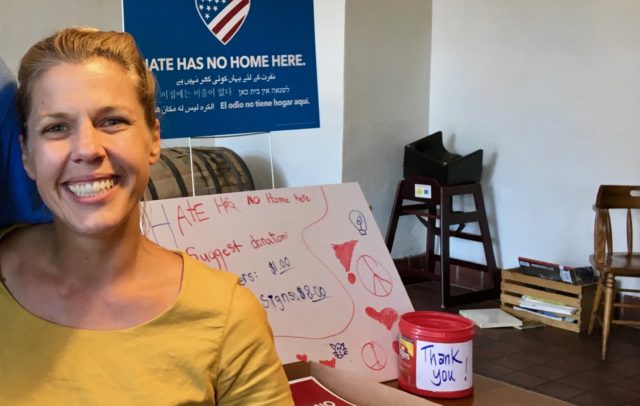 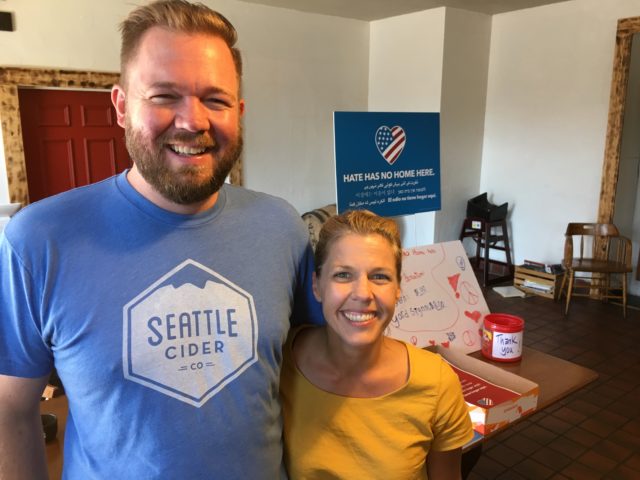 Heather Kuhl, along with her husband, passed out signs at Hawthorne Coffee Roasters earlier this month.

But things changed after 2016’s particularly divisive election season.  She was frustrated with all the negativity following the presidential inauguration, and frankly, there was no shortage of reasons to be negative.

Here in the Milwaukee area, bomb threats were called into the Jewish Community Center, and nationally, tensions were rising on the topics of immigration, terrorism and religious practice.

It was a time, Kuhl said, to do something. 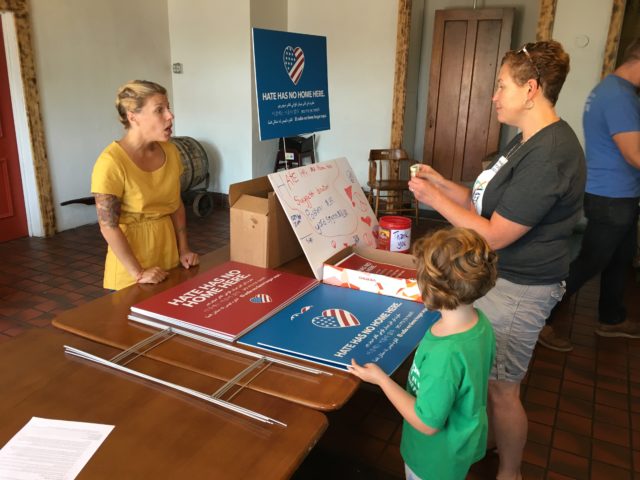 Kuhl made her first yard sign herself, with a simple anti-hate message, written by hand.

And it wasn’t long after she put that first sign in her lawn that she got connected with another campaign led by a friend of hers in Chicago.

Fast forward to today, she has raised money to print hundreds of those blue and red “Hate Has No Home Here” signs, and you can find them all over Milwaukee.  Some signs have even made their way to other parts of the state, Kuhl said. 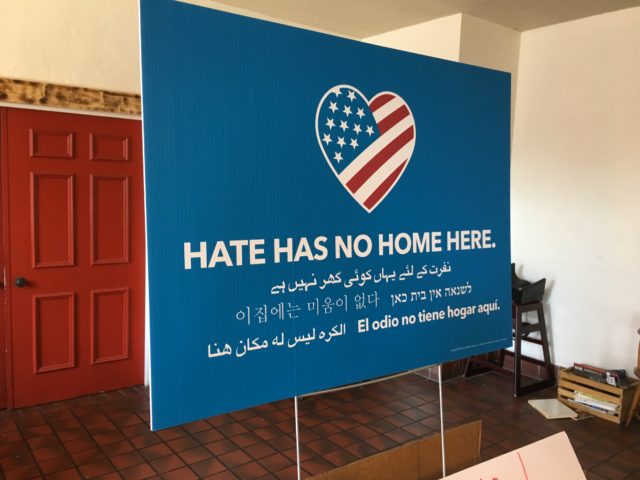 Click the player below to hear our interview with her and to find out how to support the effort.

The local Hate Has No Home initiative remains a grassroots campaign, funded by donations through its Go Fund Me page.  It has no political affiliation, and the sign itself does not name a candidate or party.

And Kuhl said she plans to keep going, especially in light of the recent white nationalist demonstrations in Charlottesville, VA.