The secret military past of the Summerfest grounds

The secret military past of the Summerfest grounds 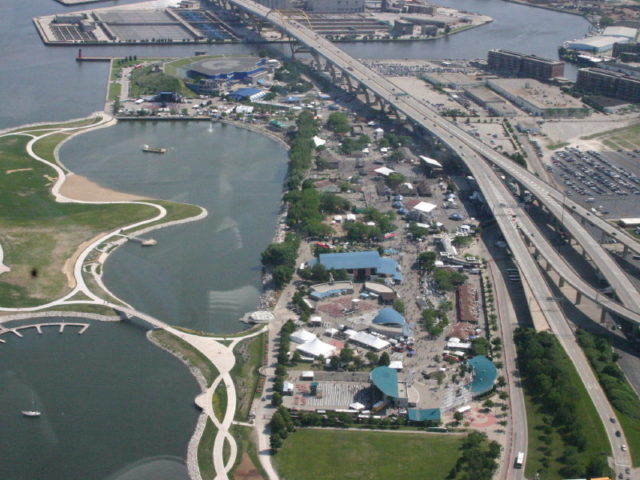 With how much of a signature attraction Summerfest has become for Milwaukee, it may be hard to imagine a time when the public was not welcome on the park grounds.

But back in the early 1960s, the festival park was a military base. And it housed some serious firepower.

Listen to this week’s Urban Spelunking below.

This story was originally published in 2017.

Under U.S. Army ownership, the Summerfest grounds housed nuclear bombs during the Cold War era, and the long stretches of land were used as runways for military aircraft. Utilitarian buildings took up the prime real estate (the last of which were only recently torn down) and were used as office space for early organizers.

When Summerfest acquired the grounds in 1969, the first two years of the festival were an adjustment period. That’s when the stages went in — slowly — and in the early days, the paths connecting them were simply gravel, which would need to be covered in hay on rainy days.

Listen to this week’s podcast to hear much more about the grounds, including an urban legend of a something rumored to be buried below lakefront property.