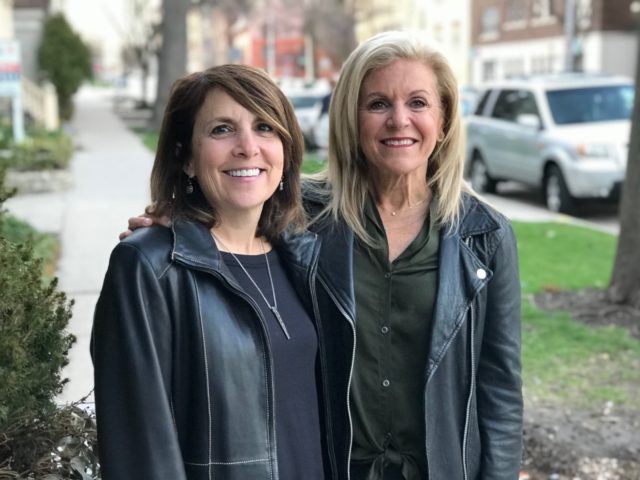 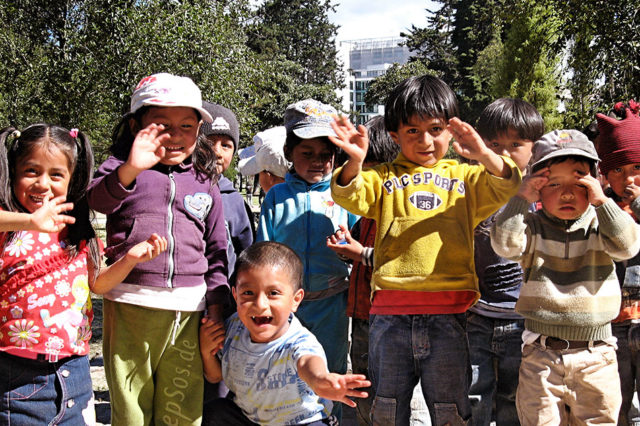 Seeing the images from the border, of children separated from their families, of frightened asylum seekers detained in chain link cells, it’s hard not to feel something.

However you land politically, there’s an undeniable human side to the immigration issue, not fully captured by policy makers. And you might not fully comprehend it until you’ve seen it.

88Nine spoke with two Milwaukee women who traveled to Dilley, Texas, just miles from the border, who volunteered their time to help detained women.

Listen to the story below.

“I am a refugee. I left Cuba with my parents when I was a little girl and came to the United States.”

For Gisela Terner, the topic of immigration and citizenship is part of her identity.

“So I remember becoming a citizen in sixth grade, standing with my parents taking the oath,” Terner says.

Gisela — or Gise as her friends call her — grew up in Miami. Her father owned a business that employed 250 people. Meanwhile, she went on to earn her Master’s Degree and has spent her career working in higher education.

Her family’s story in the U.S., it all started with seeking asylum from the Cuban government.

“So when I’ve been hearing what’s been happening in the last two years, it just drove me crazy,” she says.

Gise went through all the usual steps. She wrote her legislators and attended protests. But she still didn’t feel like she was making much of an impact.

So when her attorney friend, Debbie, called her with an opportunity to travel to the border, she didn’t hesitate.

“She called me on a Friday afternoon. I was standing at the cleaners. I didn’t even ask for the date. I said, ‘I’m going,'” she says.

Gise joined the CARA Pro Bono Project. She was invited to travel to a tiny Texas town called Dilley, population of about 4,000, to visit a detention center holding women and children. We talked right before she left. She was going there interpret, to talk directly to those detained women, with an attorney present.

“Credible fear” means establishing their reason for leaving the county, to prove they’re in danger. And the preparation for those interviews was heart wrenching.

“We have a handbook that actually spells out, in English and in Spanish, all the different questions we have to ask, and the order in which we ask them.

“What I have been doing is reading these questions out loud every night to get myself comfortable. Because some of these words, I don’t say. I mean, I don’t usually don’t talk to a girlfriend and ask if they’ve been strangled. You know, or if she has been sexually abused. Or how long, you know, did the gangs threaten your neighborhood?” she says.

Gise says she knew she would be working 12 hour days, talking to 15-20 women a day, for a week straight. When we talked before she left, she was beginning to prepare herself emotionally.

In part two of our story, we catch up with Gise and Debbie after their return. Find out what they learned and how they were impacted below.

“I am in awe of these women,” says Debbie Kasle. She is a Milwaukee attorney who recently volunteered her time with the CARA Pro Bono Project.

She and a group of attorneys and interpreters recently traveled to Dilley, Texas, a tiny town just miles away from the U.S./Mexico border. She met with women detained in a secure center who were seeing asylum.

“And they all talked about how blessed they were to have our help,” she says.

They counseled dozens of women over the course of a week to help them prepare their cases establishing what’s called “credible fear.” That’s the first step in seeking asylum in the U.S.

Debbie was paired with Gise Terner, a volunteer interpreter.

“Some of the things the women told us were beyond horrific,” Gise says.

Most of the women, Gise says, were in their 20s. They traveled hundreds of files on foot, from Central and South America, escaping gang violence police corruption. Nearly all had kids.

“These women had to make a Sophie’s choice every day because sometimes were only able to take two of their children and leave two behind with a grandparent. The thought of ‘who do you pick?’ Or the ones that came across still breastfeeding a baby. And they’re sleeping in the mountains, they’re sleeping on the side of the road. They’re begging. One of them rode on the top of a train holding her 4-year-old. So their strength is like nothing I’ve ever seen,” Gise says.

But glimmers of hope emerged throughout the week. Gise shares this story, a highlight of the week.

“One my best little moments was this woman — we didn’t deal with her — but she came back, and I said, ‘Can I help you?’ and she says, ‘I was separated at the border from my 19-year-old son.’ Because he’s 19, he could not come to the center. The center only goes up to 17 or 18. So I said, ‘Let me try to find him.’ And I started going through the system that we can look at, and on the third try I found him. And we both started crying. And he was basically at a center that was 15 minutes away. So we were able to connect their cases. And she will be get to be with her son. So that was pretty great.”

Putting a human face to the headlines — when these stories became personal — that’s when the gravity of the situation hit home for both Gise and Debbie. I asked them both to share the impact it had on them.

“To label them as criminals and terrorists and drug dealers… these women getting away from those people. They’re not those people,” Gise says.

“I think this that experience was really life changing. It’s just where you happen to be born, and it could have been any of us. And so I just want to continue however I can to help more of the women now, now that they’re here, and find more women in Milwaukee that are here as refugees and see how I could help them assimilate into our country,” Debbie says.