Milwaukee, there’s an election on April 2! Here’s what you need to know.

Milwaukee, there’s an election on April 2! Here’s what you need to know. 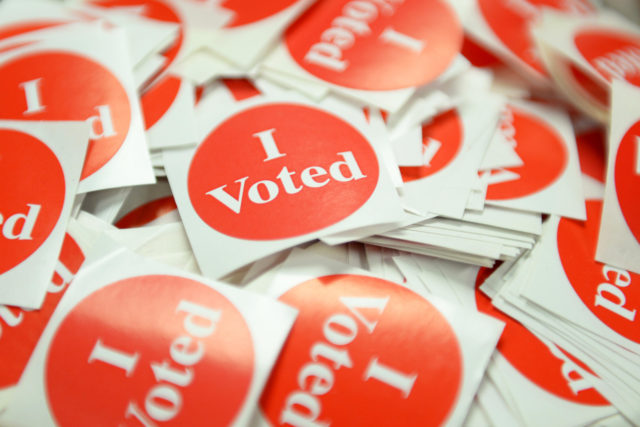 Justice of the Supreme Court

The Wisconsin Supreme Court is the highest appellate court in the state of Wisconsin. Seven justices, selected in nonpartisan elections for 10-year terms, sit on the state’s court of last resort. The court has jurisdiction over all other Wisconsin courts and can also hear original actions.

Although state Supreme Court elections in Wisconsin are nonpartisan, liberal and conservative groups typically coalesce around specific candidates. Conservatives, who back Hagedorn, hold a 4-3 majority on the court heading into the election. Like Abrahamson, who is retiring and leaving this seat open, Neubauer has been supported by liberals.

Ballotpedia has compiled the following resources to better help readers understand this race:

Legally, school boards are agents of the state, created by the legislature and selected by the electors of the local school district to represent and act for the state in providing the district with educational programs and facilities. The Milwaukee Board of School Directors is the policy-making body for the school system, serving within the framework provided by law, the will of the local citizenry and the ethics of the education profession.

Five seats on the Milwaukee Public Schools school board in Wisconsin are up for general election on April 2, 2019. Stefanie Dugan and Bob Peterson are running in the general election for Milwaukee Board of School Directors At-large. This seat is up for a vote throughout the city of Milwaukee, while Districts 1,2,3 and 8 will vote for their respective representatives.

How to vote in Milwaukee

See a complete sample ballot for your address here.

If you aren’t registered to vote, you may register at your polling place on voting day. Find a list of what you need to bring to the polls to complete same-day registration here.

The state of Wisconsin requires a voter ID to cast a ballot on election day. Examples of valid voter ID include a Wisconsin driver license, ID card or other DMV-issued document with a photo. Voters can also use military and veterans IDs, some student IDs, tribal IDs or a certificate of naturalization. The full list of acceptable voter IDs is available here.

Wisconsin will vote in a nonpartisan spring general election on Tuesday, April 2, 2019. Offices on the ballot are Justice of the Supreme Court, Court of Appeals Judge (Districts 2, 3 and 4) and Circuit Court Judge in several counties, including Milwaukee.

Milwaukee will also be voting on Milwaukee Public School District School Board Members for Districts 1,2,3 and 8 as well as Director At-Large.

See what exactly will be on your ballot by entering your address here.

If you haven’t registered to vote, are not sure where to vote or don’t know what you need to vote, you can find all the information at our registration guide or at My Vote Wisconsin’s website.

Below we’ve compiled information from Ballotpedia to help you make a decision at the polls.