Milwaukee journalist collecting 1,000 books by authors of color for MPS

Milwaukee journalist collecting 1,000 books by authors of color for MPS 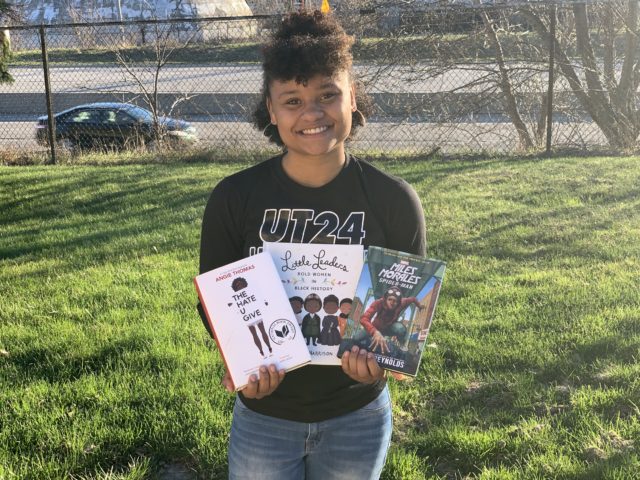 Nyesha Stone is tired of reading books that don’t represent her. She spent her youth reading stories she couldn’t relate to.

“I could hardly understand Shakespeare,” said Stone. “But to read a book like The Hate U Give and really understand the dialect…that’s beautiful.”

Listen to the audio story below to learn about Stone’s “Authors of Color Book Drive,” inspired by #1000BlackGirlBooks.

Stone is a journalist and is the founder of her own media company called Carvd N Stone. While studying journalism in college, she became exposed to writers of color, like Angie Thomas, for the first time.

The experience of reading a story about characters of color, written by an author of color, was new to Stone. It made her feel more connected and represented in the literature she was reading. It allowed her to engage and relate to the story more, while also learning about her culture.

“We aren’t really taught about our history,” said Stone. “I know I didn’t really learn about my history until I got to college.”

Inspired by her own experience, Stone wanted to provide other youth of color with the opportunity to feel represented in literature. She attended the annual Girls Day Summit at Alverno College where she learned about the issues girls living in Wisconsin face. While covering the story, she was introduced to the keynote speaker at the event — Marley Dias.

Dias started #1000BlackGirlBooks when she had the idea to raise 1,000 books featuring black girls as main characters in the stories. She used social media to launch a campaign so she could collect and donate the books to libraries around the country.

After learning about Dias’ story, Stone decided to launch a similar book drive to give back to her former school district — Milwaukee Public Schools. Now, she’s collecting books written by authors of color, or about any characters of color, recognizing MPS’ diverse student bodies and needs.

Stone has collected 31 books so far, thanks to her donation boxes set up at the District Seven Police Station and the Greater Milwaukee Foundation. She has a goal of collecting 1,000 books to provide for MPS students of color in different age groups.

If you’re interested in donating to the Authors of Color Book Drive but cannot make it to one of the above donation boxes, contact Stone at carvdnstone.cns@gmail.com.