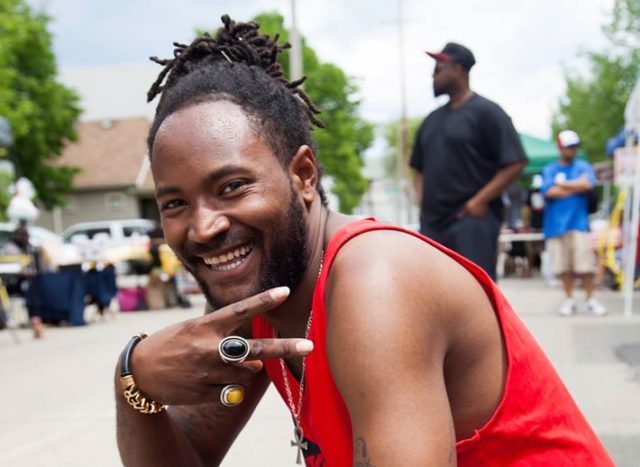 An annual street party in the Harambee neighborhood  turned 5 years old this week.  Keep scrolling to meet man who started it all.

And if you ask his mother, Clara Flemming, it changed him.

“It’s what spurred this for him.  Because he asked himself, ‘what was he going to leave his son?  What is he going to grow up in?'” Fleming says.

The party brings hundreds of residents together every year — right on the street — to kick off the summer on a positive note.

“He’s a community child, and what he does, he doesn’t on his own,” Flemming says.  “If you have enough passion for something, people will support what you’re doing.”

Flemming sits on a bench overlooking a playground near 1st and Keefe Ave.  The playground sits a ways in from the street, and dozens of kids are scaling the equipment and playing inside a nearby bounce castle.  Off to one side, teenagers are getting free professional haircuts.

Meanwhile, Butler steps off a stage set up on Keefe Ave. after introducing a spoken word performer.

“Man, this is love. This is nothing but love.”

Heal the Hood, now in its fifth year, has grown to a two-day festival.  At tables around the streets, vendors sell t-shirts with positive messages, there’s food, and of course, live music befitting of any outdoor block party.

“The overall goal of Heal the Hood is to spread self-love and self-sustainability,” Butler says. “It’s not just a block party, it’s a campaign.  It’s a lifestyle.”

What does Butler have to say about the future of Milwaukee?  Does he have plans to continue living there?

Click the audio player above to hear his response.