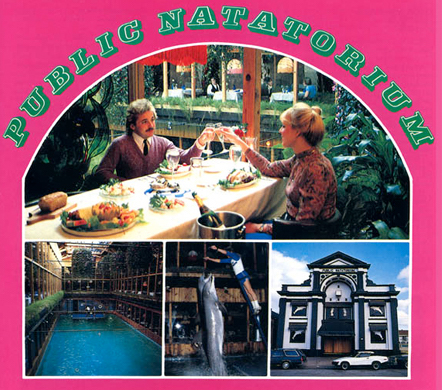 Inside a building that once served as a public bath house, Milwaukeeans of a certain age will remember dining — poolside — while live dolphins performed at a tropical paradise themed restaurant.

I said it was weird, didn’t I? 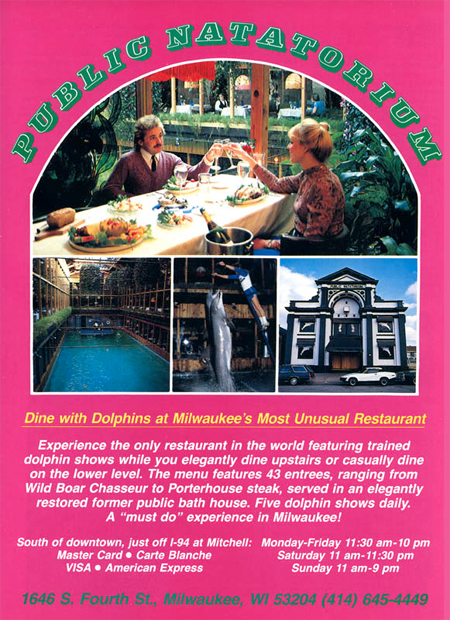 A groovy ad for the Public Natatorium restaurant. Photo courtesy of OldMilwaukee.net.

The Public Natatorium restaurant opened at 4th and Lapham in 1979.  Boasting an expansive fine dining menu, the Natatorium offered seating alongside a glass encased pool.

It was there that the restaurant’s star dolphin, Soda, put on two exciting daily shows, dazzling diners with jumps and flips.  A pair of porpoises got in on the show, too, along with a few sea lions.

But the daily dolphin show would be short-lived.

The restaurant closed in 1985 following complaints of animal neglect.  The water was apparently too cold for the marine animals to thrive, and the restaurant itself was facing financial difficulties.

As for the dolphins — they got shipped out to a water park in California where they lived out their performing days.

More than a dolphin show 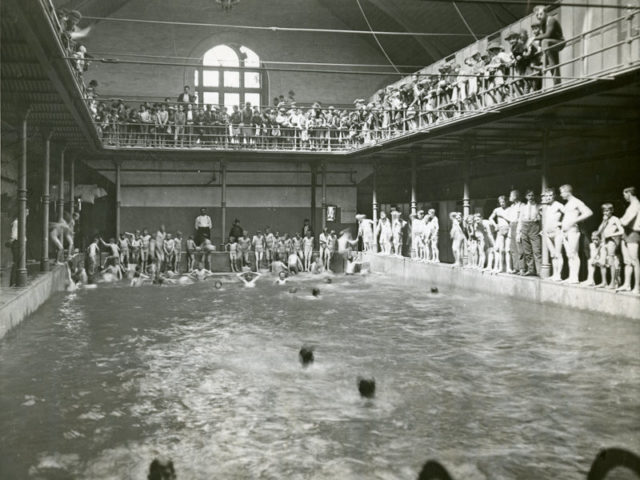 Before its strange restaurant days, the natatorium on 4th St. was one one seven public bathing facilities operated by the City of Milwaukee offering showers and an indoor pool.

As OnMilwaukee’s Bobby Tanzilo writes for this edition of Urban Spelunking, the natatoria provided bathing services “at a time when most had to head out to a backyard privy to do their business – typically lacked such extravagances.”

The first one opened in 1889, and people flocked there by the hundreds of thousands in those early days. 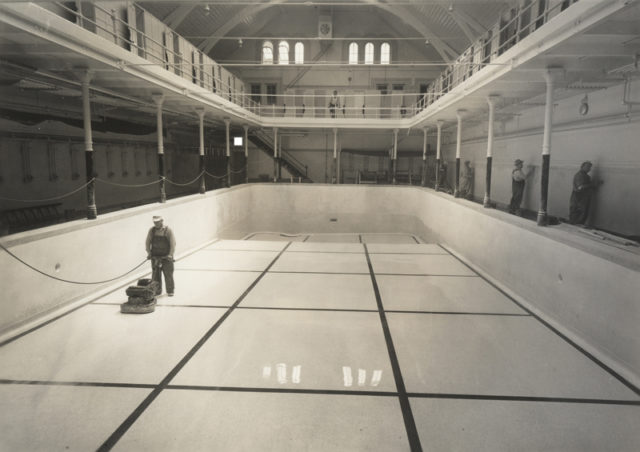 As time went on — and as pluming standards improved — the city’s natatoria were increasingly being used as simply as public pools, and eventually, barely used at all.

The final one closed its doors in 1977, giving way to that iconic dolphin show.

Click the player below to hear our conversation in studio. 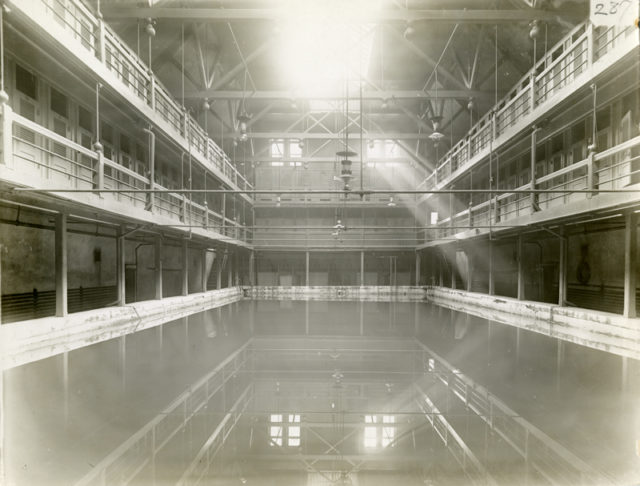 For much more about the city’s natatoria, visit OnMilwaukee.com.