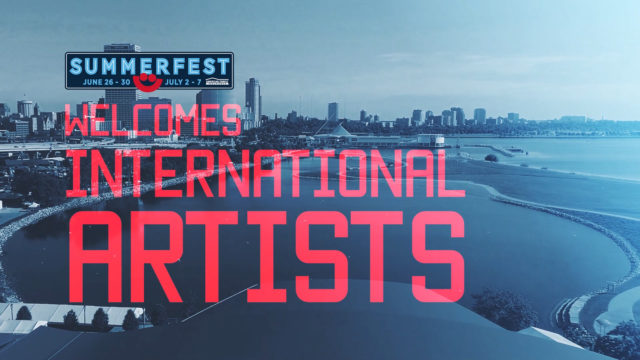 When most people think of Summerfest and its status as “The World’s Largest Festival,” their mind instantly goes to the well-known artists that take the stage every year, including performers from this year’s festivities like Billie Eilish, Bon Iver, Lil Wayne, Lizzo and The Lonely Island.

However, it would be a mistake to consider this Milwaukee tradition as simply a festival for established artists to shine. This is where platforms like the annual Emerging Artists Series come in and provide a glimpse into the rising talent who may become the headliners of the future.

Now in its 13th year, the Emerging Artists Series on the Johnson Controls World Sound Stage with 88Nine Radio Milwaukee has highlighted acts like Walk the Moon, Maren Morris, BØRNS and X Ambassadors in the past before they became known the world over.

Local talent such as Browns Crew, Zed Kenzo and Amanda Huff join national talent like Sego, Dragondeer and Tyler Boone this year in hopes of becoming the next breakout stars and are accompanied by eleven international acts as well.

These international artists hail from eight different cities and cover genres ranging from indie-pop to electro-grunge. For many of these performers, this marks the first time they are playing a show in the Midwestern United States and provides them an opportunity to reach an all-new audience.

While the main attractions are the daily performances, audiences are also encouraged to vote in a Twitter poll for their favorite performances. Each day, the band with the most votes will receive an “Emerging Artist Series Care Package” that includes nearly $3,000 in gear, merchandise and services. Two artists will be lucky enough to win a College & Non-Commercial Radio Campaign from Planetary Group.

The Emerging Artists Series Returns for its 13th Year