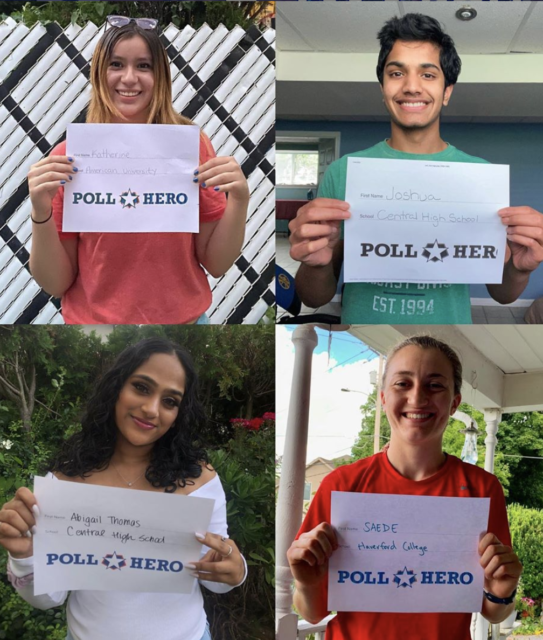 This past April, because of the pandemic and poll worker shortages, Milwaukee had only five polling stations open during the state’s primary election. As a result of these shortages, young people nationwide have started to show more appreciation for poll workers and their role within our democracy.

Poll workers tend to be in their sixties, and since older generations are more vulnerable to the coronavirus, many have opted out of volunteering for the upcoming election. With that in mind, students developed a project called Poll Hero, recruiting young people to become paid poll workers and help carry the lift in a pandemic.

Jacob Major, a 17-year-old Marquette High School student has always been interesting in helping people through volunteering and internships. When Major came across Poll Hero, he saw it as an opportunity to advocate for young people in Milwaukee to sign up as a poll worker.

“Coming across something like this and finding an outlet that would let me make a difference in helping secure the integrity of our elections that’s something that was important to me,” said Major.

To give a little perspective, Poll Hero had a goal to recruit nationwide five thousand poll workers. Since then that goal has been smashed and it keeps growing. According to Poll Hero, Milwaukee is the second city to recruit upcoming poll workers. Major says the main focus that that young people continue to stay politically active.

“If you feel like your views are being ignored in today’s political climate I think that has partially to do with the fact that a lot of young people aren’t as vocal and aren’t as active in voting as they can be,” said Major. “You can go out and vote, sign up to be a poll worker, be an activist or do whatever but just be involved and make your voice heard.”