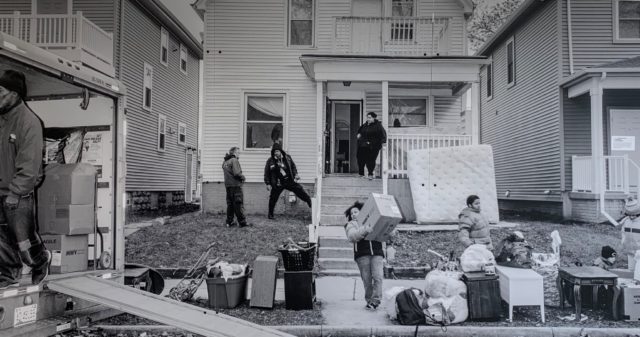 Britney Roberson has extensive experience in relation to public housing. After graduating from Mount Mary University in Criminal Justice and Peacebuilding, she worked a few years as a community organizer, focusing on safety and housing. Now, she is currently the Choice Neighborhood Initiative Coordinator for Near West Side.

“Having worked so long in housing and having been raised in public housing I have seen it all,” said Roberson. “My mom was a single mom and I think for her it was the easiest being on her own but over my time there, things started to change.”

Some of the changes Roberson noticed were the housing authorities taking more control over their properties. She recalls incidents of authorities moving families out of their homes and re-developing some of the sites.

“I think it is really important because when you live in a place that isn’t so great what makes you want to act that great?” said Roberson.

I asked Roberson if she had a significant memory while working as a  housing coordinator and she said until this day, her first case has been her hardest.

“The letter from E-Notify said they had reported mold and a bunch of things being broken. So I go to their house and this lady opens the door and she has a hospital band,” said Roberson.

At the time Roberson was only at the front doorstep and through the crack of the opened door, she noticed within the crowded house there were five kids also wearing hospital bands. She proceeded to introduce herself and ask if the family needed any assistance.

“It was a set of sisters and the reason why they all had hospital bands is that they had just come back from the hospital because their house a lot of black mold in it,” said Roberson. “She was like, ‘We are stuck right now because I have an eviction on my name and so does my sister so there’s not a lot of places where we can even go right now because of these evictions on our names.’”

Roberson says in the near future she hopes there can be a solution to stabilize rent.

“As a state, we really need to tap into our elected officials,” said Roberson.  “That is why voting becomes important because if they are not fighting for the people that they are serving why are they in office?”