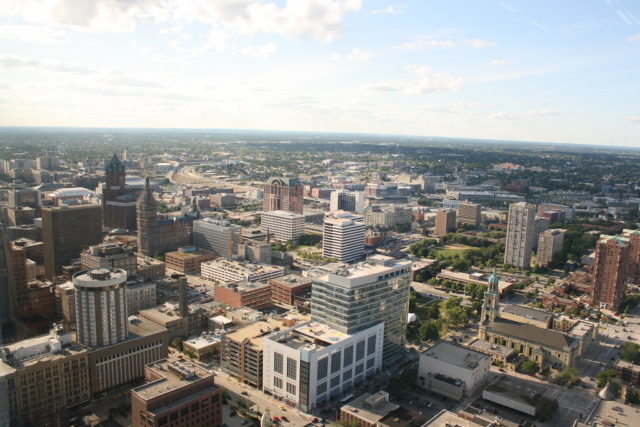 Judge Cynthia Davis runs Milwaukee’s mental health treatment court. It operates differently than your typical court. Instead of sentencing people with serious mental illnesses who have committed nonviolent crimes to prison, it pairs them with medical treatment plans and community resources that can help them avoid committing crimes again.

“We are dealing with people, oftentimes, who have a history of not complying with medications, not complying with mental health treatment. Not staying in communication with their community case manager, not following through on housing that has been set up for them often leaving them homeless,” says Davis.

The court meets with participants every two weeks and assesses with volunteer medical professionals, defense attorneys and prosecutors if participants are complying with treatment plans and if those plans are working.

“It’s been amazing to see the transformation before my very eyes, as they are involved in the program,” says Davis. “As they avail themselves of the resources that we connect them with, in some situations gains employment and just leads a productive life. It’s one of the most satisfying things that I experienced as a judge.”

“What we could certainly use the money for is to create a formal role of a medical director for the program” says Davis. “We currently have a psychiatrist who volunteers his time and we are really just so grateful for that, but it’s very important to have a medical professional on our team who can do mental health assessments of a proposed candidate to the court.”

“There is some pushback from people who have a kind of as the saying goes, ‘If you do the crime, then pay the time,’ mentality,” says Pastor Joseph Ellwanger, a board member of Project RETURN. “If you have that mentality this appears to be letting somebody off the hook of responsibility and accountability but the drug treatment courts and the mental health treatment court really keeps people accountable. They have to come and report to the judge on a regular basis, whether they are maintaining their journey of recovery or not.”

Judge Davis says that the court works because it provides not only accountability and supervision but also community resources that can help keep people out of prison and reduce recidivism.