Milwaukee’s streetcar will remain free to ride in 2020

Milwaukee’s streetcar will remain free to ride in 2020 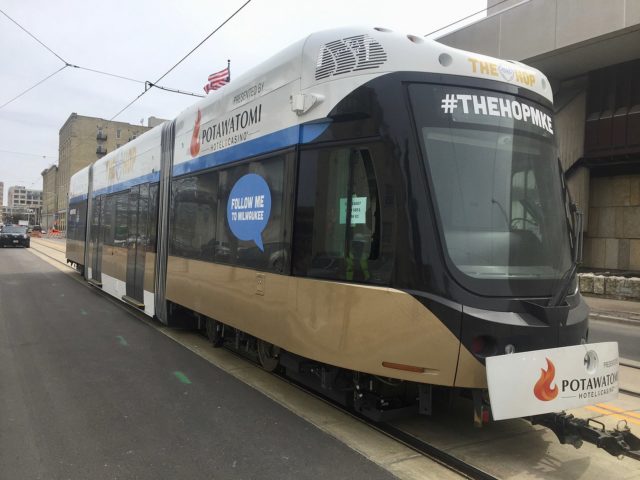 Visitors to Milwaukee during the Democratic National Convention won’t have to pay to ride the city’s new streetcar. The Hop will remain free to ride for the rest of 2020, City Public Works Commissioner Jeff Polenske confirmed to the Milwaukee Business Journal.

During its first year The Hop was free to ride thanks to an advertising sponsorship with Potawatomi Hotel & Casino. Although no new sponsorship agreement has been announced for this year, Polenske told the Business Journal the city will continue to seek new sponsorship deals that will cover the streetcar’s operating costs.

“Projected sponsorship revenue could take a variety of forms, including a potential ‘free fare’ designation, but the city’s commitment to maintaining The Hop as a free asset for the entire community is not reliant on any single sponsorship asset or category,” Polenske told the paper.

At an event celebrating The Hop’s first year in November, Mayor Tom Barrett said that he would like to keep the streetcar free to ride as long as possible. Barrett announced that there were 802,541 rides in The Hop’s first year, exceeding the city’s goal of 600,000.

“Surely, part of that success is due to free fares,” he said. “Free fares make the streetcar more inclusive to the entire community.”