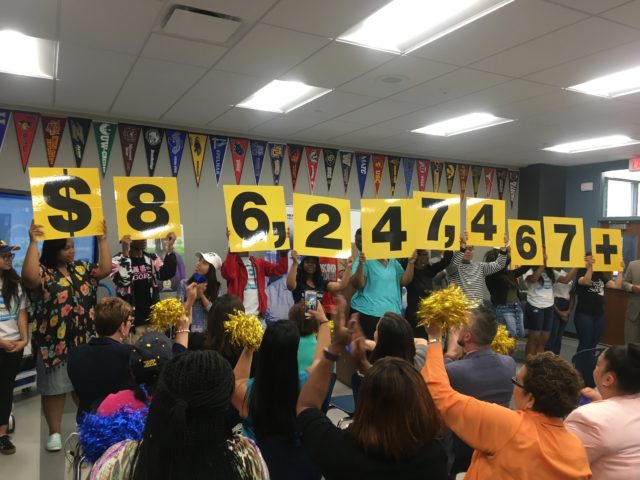 Over 86 million dollars will be sending MPS students to college

“I am totally excited for the class of 2018,” exclaimed Posley at the press conference.

The students hold up bright yellow cards, each one with a number on it, showing an impressive total — the most scholarships ever awarded to MPS graduates.

Let that number sink in — $86.2 million in scholarships awarded to MPS students this year. By comparison in 2012, that number was just 18 million, about a fifth of what was awarded this year.

“That just shows the interest of universities in our students and the product we produce, our young people who walk out out the doors,” Posley said. 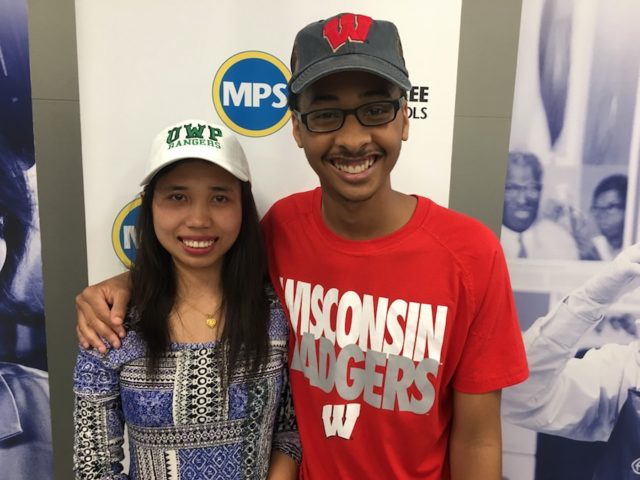 One of those students walking out the door with a scholarship this year is Dawt Iang, who also happens to be a refugee from Southeast Asia.

“I come from Myanmar, Chin State. I’ve only been in the United States for approximately two years and four months,” Iang said.

Having already overcome immense challenges as a refugee, she began at South Division High School, speaking little English. She was committed to her studies, seeing her education as the opportunity of a lifetime.

“I challenged myself taking AP English,” she said. “I always got As in the class.”

She got As in AP english, despite it being a totally new language for her. Then, by the end of her senior year, she’d finish at the top of her class.

“It was really hard to become the valedictorian because, when I came here, I couldn’t speak English very well.  Even now, I am still learning to improve it,” Iang said.

She’ll be heading to UW-Parkside to study nursing in the fall but says she’ll never forget her roots.

“Whenever I talk about my past, I get really emotional,” Iang said, fighting back tears. “This is what make me who I am now. I still continue to fight and will become a successful woman. And one day I hope that I will be able to help my country.”

In all, nearly 900 MPS students received scholarships this year, with the help of staff at the 20 college and career centers within MPS high schools.