MYSO is Milwaukee’s youth orchestra…and so much more

MYSO is Milwaukee’s youth orchestra…and so much more 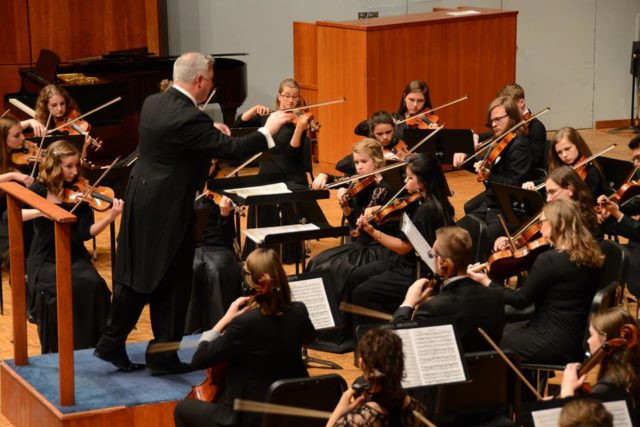 'It's the fellowship, it's belonging. It's finding people who are just as geeked out about music as they are.'

17-year-old Kwasi Stampley shows up to our interview in style. He has a guitar over his back, amp in hand, sweater, tie, boots—he looks the part, like a professional musician.

That’s why I was surprised to hear he only recently started playing music. His story goes back about five years when he first picked up the guitar.

“So I started looking for ways to improve my music without having to quit in general.”

And that’s when he found jazz. 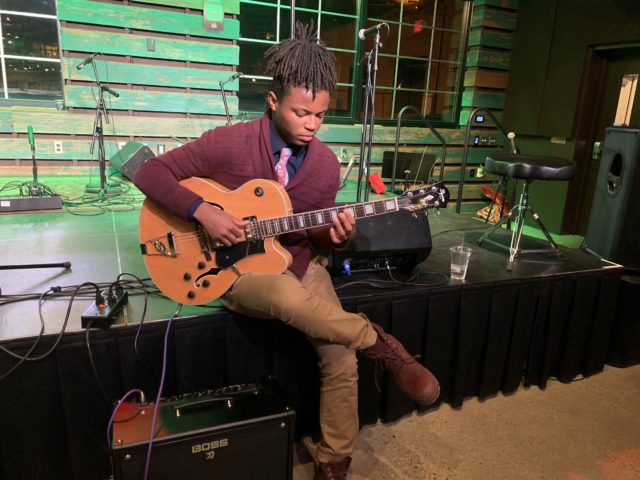 For the last five years, he has honed his guitar technique at Milwaukee Youth Symphony Orchestra, or MYSO. He’s one of the top musicians in his jazz cohort, one of many music programs offered there.

“I think MYSO is great because it gave me space where I could see other people doing what I was doing, at a higher level.” 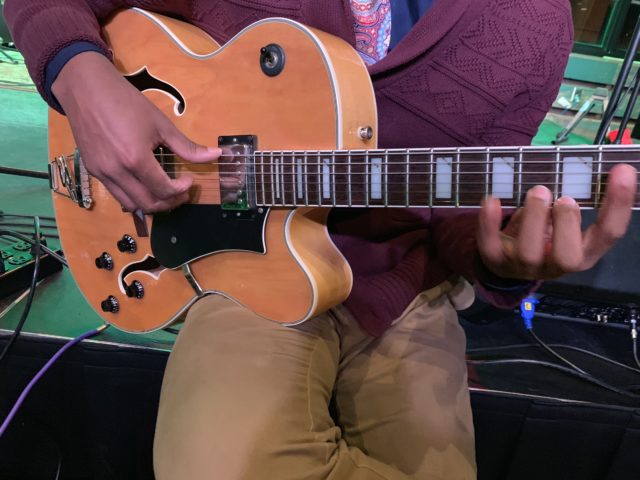 About 1,000 Milwaukee-area students, ages eight to 18, play with MYSO. And they have many music tracks to pick from—orchestra, wind ensemble, jazz, steel drum and more.

“It’s the fellowship, it’s belonging. It’s finding people who are just as geeked out about music as they are. And they love that,” he said. “And they thrive.” 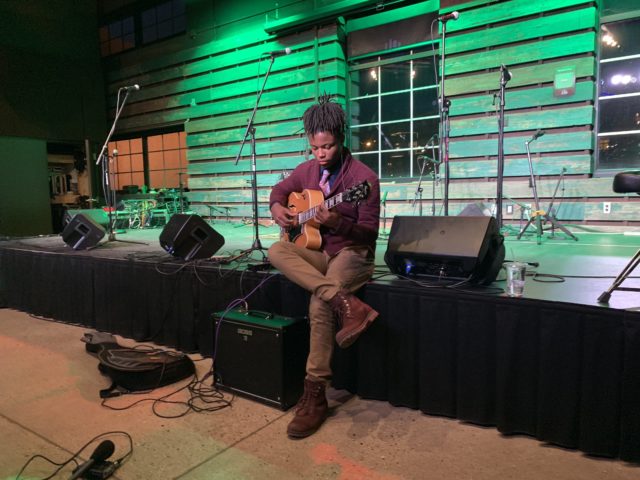 Now, in his final year at MYSO, Kwasi will soon be heading to college. He plans to study music.

And while he is looking ahead, he says he’s making it a point to savor the remainder of his time with MYSO. He especially loves reaching some of the newbies.

“It’s so interesting watching them come at the age that I came in, and like, see myself in them,” said Kwasi. “Whenever they hear me play, they’re like, ‘whoa, how did you do that?'”

“They’re motivated now to get to somewhere. Which is awesome.”

According to Oshima, about half of MYSO’s students come from communities of color. The organization has a number of ways to make the music accessible to families, regardless of their income.