This new Milwaukee VA program and partnership could save veteran lives

This new Milwaukee VA program and partnership could save veteran lives 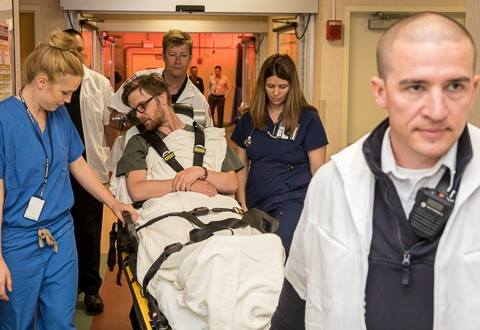 The Milwaukee VA Medical Center serves 24,000 veterans, a quarter of which come to the VA for mental health crises.

“This is their medical home, most of them have been coming here a long time,” said Ben Thelen, a former EMT and combat medic in Iraq, who now works for the VA.

He’s behind a new program that is training EMTs to identify and handle mental health crisis situations when responding to veterans’ 911 calls.

In the audio story below, learn more about the first-of-its-kind partnership between the Milwaukee VA and the West Allis Fire Department that aims to better serve veterans in emergency situations.

When I visited the VA, I met with Thelen and Lieutenant Jason Schaak of the West Allis Fire Department. Schaak is a Navy veteran, and together they both emphasized the importance of the VA to Milwaukee’s veterans.

“Some of our sickest veterans aren’t calling 911 to get here,” said Thelen. “They’re showing up, driving a car while they’re having a heart attack or their family is loading them into the back seat as they’re having a big stroke.”

This could lead to even more danger, so the VA did more studying and created a new program and partnership that will help get veterans to the VA when they call 911 with an emergency. The VA has partnered with the West Allis Fire Department to make a database for veterans in the community.

The program allows them to register with their fire department as a veteran who wants to be transported to the VA when they call 911, to avoid being taken to the wrong hospital.

And because veterans may call during a mental health crisis, the fire department has also been trained to perform suicide screenings when they arrive. Having access to this care before arriving to the VA could help save more veteran lives in a matter of minutes.