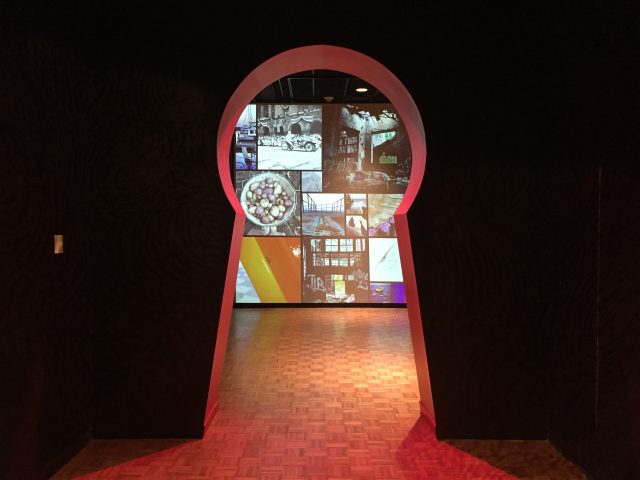 The doors have opened on a new, temporary exhibit at the Milwaukee Public Museum.

Broken into four sections — Hidden in Plain Sight, Hidden in History, Hidden Beneath, and Hidden Forever — the exhibit puts on display items from the museum’s collection not normally seen.

“We have over 4 million objects in our collection, and only about 8 percent of them are out on a normal basis,” said Julian Jackson, vice president of design at Milwaukee Public Museum.

“Want to take stuff from all our different collections and get them out so the public can get a sense of what’s there, behind the scenes.”

Visitors enter the exhibit through a large key hole, immediately setting the tone of the exhibit’s “hidden” character.

The first thing you’ll notice as you walk in is a giant projection wall filled with photos submitted by the public, showcasing people’s individual hidden Milwaukee histories.

Then, as you round the corner, you’ll find a mix of objects — nearly 50 in all — pulled from the museum’s vast collection and representing different areas of science. 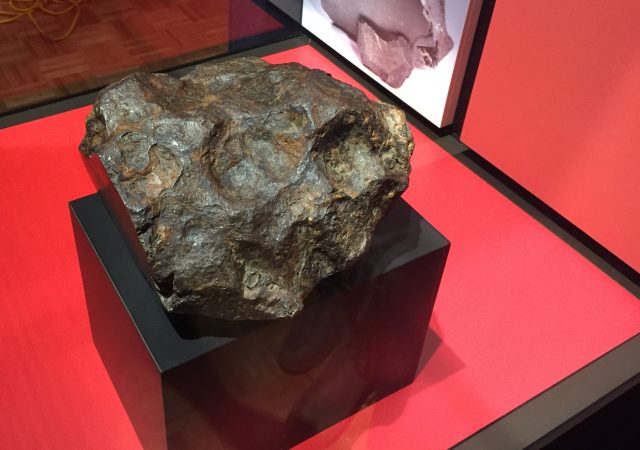 In one of the display cases, a 4.5 billion year-old meteor found in West Bend is lit from above, its iridescent surface glimmering.  To its left, you can inspect a massive jawbone of a wooly mammoth — some 14,500 years old — recovered in Kenosha. 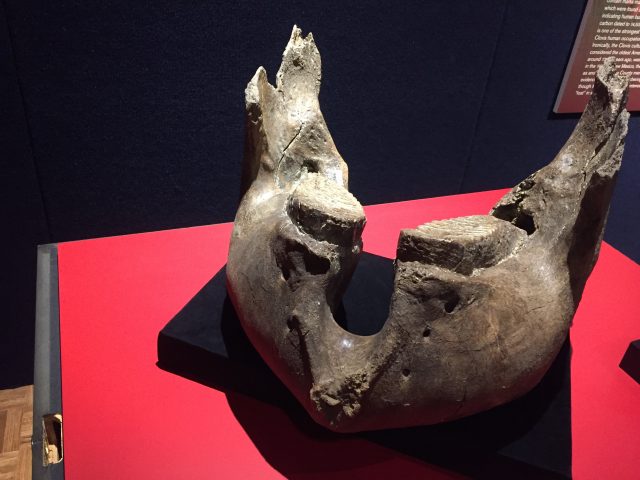 Then, along another wall, you’ll see wood carvings dating back to the early 1900s, carved by Polish immigrants settled in Jone’s Island.  And immediately to its right, an ancient fossilized cephalopod is on display, discovered in Milwaukee County. 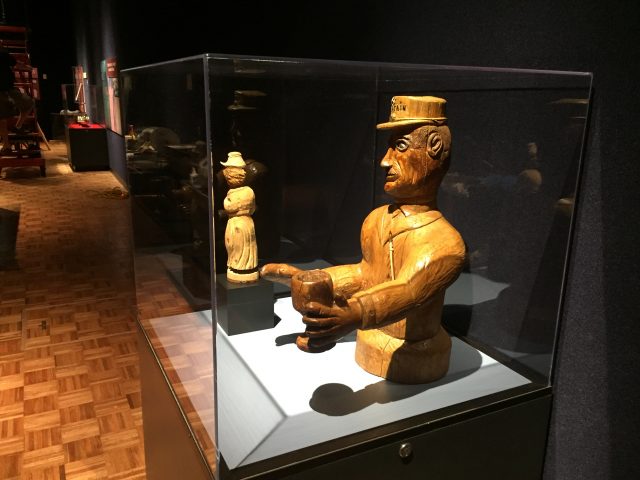 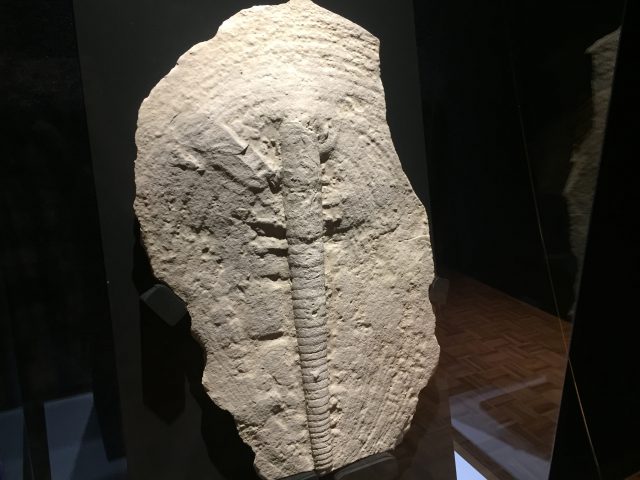 “There’s all sorts of unseen, unknown stories for us to uncover about our own state here ,” Jackson said.

Another fact worth noting — the exhibit is the museum’s first fully bilingual attraction.  Placards throughout the gallery offer both Spanish and English explanations of each object with the intent of providing a more inclusive and informative experience for visitors.

Tickets for the exhibit are $23 and include general museum admission.

Hidden Wisconsin is on view now through early January 2017.

Click the podcast player above to hear Jackson share details of his favorite piece in the collection (pictured below) — an ancient piece of sandstone believed to show some of the first footprints ever seen on Wisconsin land. 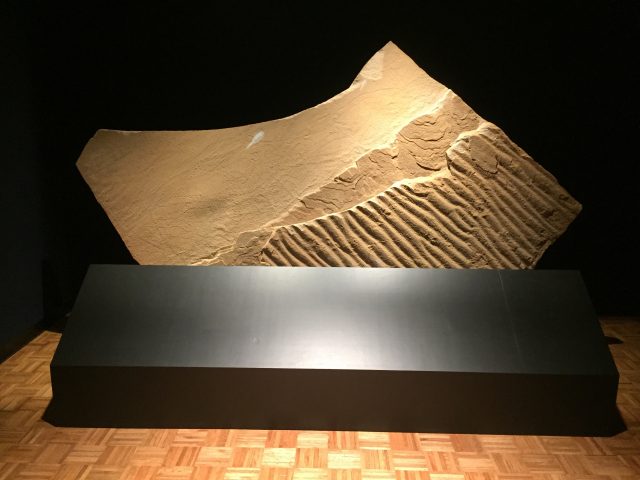 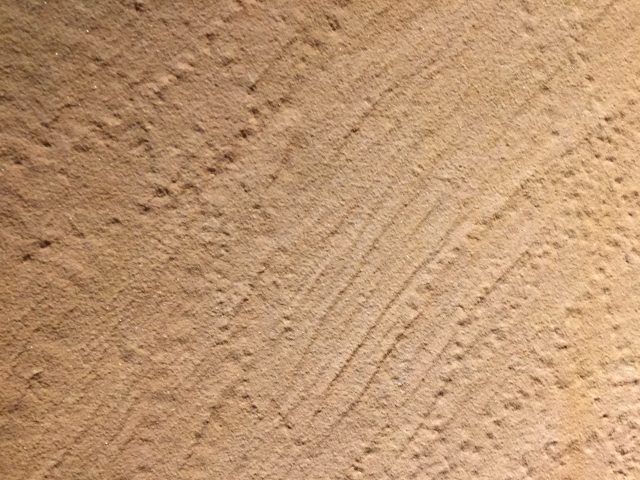