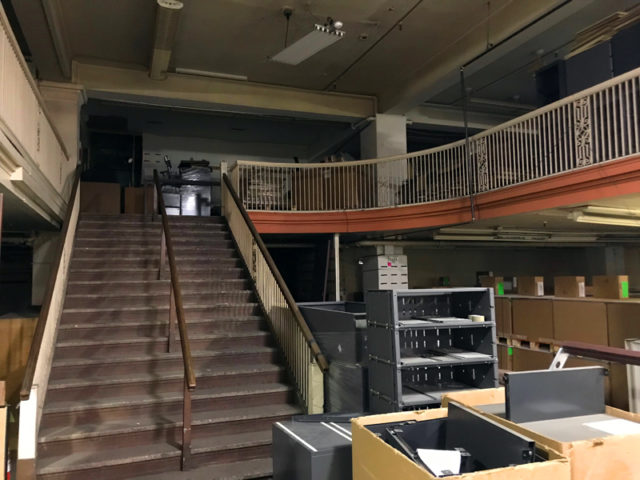 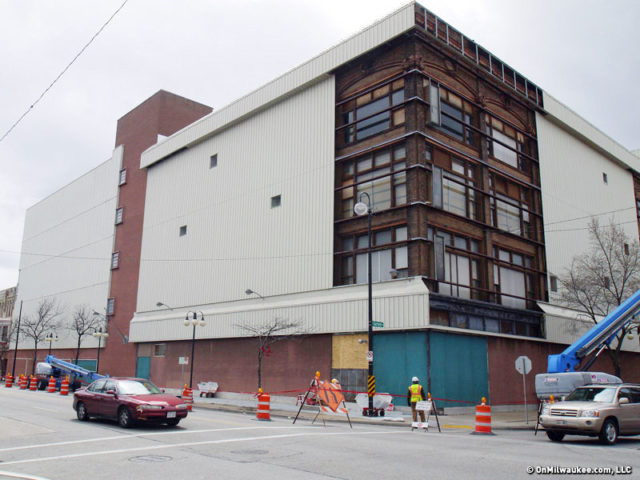 Underneath sheets of metal, a century of history has been preserved at the former Schuster’s Gimbels department store, 2153 N. Martin Luther King Jr. Dr. Photo via OnMilwaukee.

Step inside today, and it may be hard to believe it has been closed for 50 years.

So many of the original details remain inside the former Schuster’s Gimbels department store, you can easily visualize the bustling shopping destination in its heyday.

The original grand staircase, the main entrances, the lunch counter, even the luggage section — they’re all still there, mostly untouched.

That’s because since 1969, the space has been used primarily as storage, first by the department store, then by C.H. Coakley & Co. (a moving and storage company) when it acquired the building in 1992. Because it was a storage space, there was no need to gut the inside.

But that’s about to change, as the site will soon undergo a major renovation. 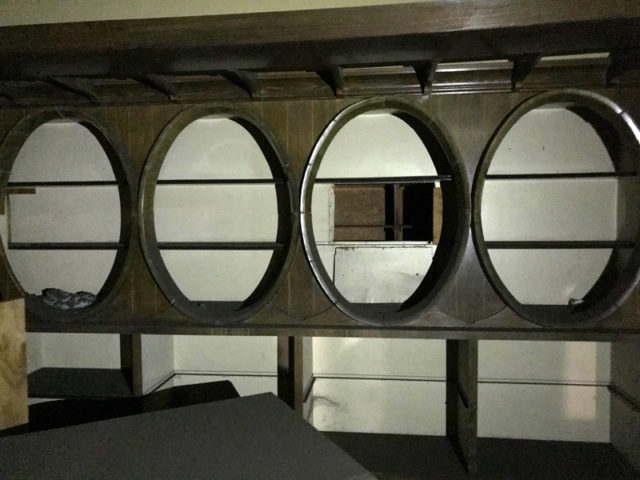 C.H. Coakley has sold most of the space to Royal Capital Group LLC, according to JSOnline, and the work has already begun to transform the building. By next year, The Greater Milwaukee Foundation will move in, and The Medical College of Wisconsin will open a community outreach office. The upper floors will be converted to residential units.

In the meantime, C.H. Coakley is removing all the items, mostly things belonging to its storage clients, one semi-truck at a time.

OnMilwaukee’s Bobby Tanzilo got one last look inside, and he takes us on a tour this week on Urban Spelunking. Listen to our conversation, and be sure to check out his complete story at OnMilwaukee.