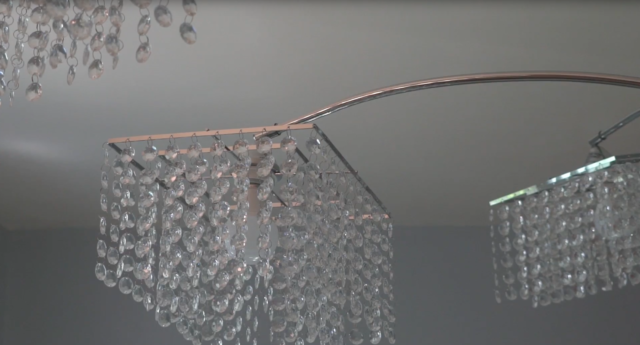 A’Kela (KK), a 12-year-old pediatric cancer patient, was asked to describe her dream bedroom. KK is one of ten children and shares her room with two of her sisters. Three girls of varying ages meant getting creative with how their individual visions came together.

The verdict? Rainbows, sparkles, and Pokémon.

Thanks to the Wisconsin chapter of the nonprofit Special Spaces, KK’s dream room was brought to life.

The mission of Special Spaces blends the best aspects of the Make-A-Wish Foundation and Extreme Home Makeover by creating dream bedrooms for children with life-threatening illnesses.

“Some of these children don’t have a bed or a bedroom to come home to, and when they come home from the hospital they truly need a place to heal, recover, and find peace,” says Ann Swain of Special Spaces Wisconsin.

Originally founded in Knoxville, TN in 2004, Special Spaces opened a chapter in Wisconsin in 2011. During the weekend that KK’s room was being built the volunteer-based organization celebrated their 100th room being completed in six years.

KK’s mom, Micheilah Aldridge, received a call days before the build was scheduled. KK needed to return to the hospital, as there was fear that the stage 4 Large B-Cell Lymphoma she was diagnosed with a few months prior had returned.

They proceeded with the build. On the first day of the two-day process, KK underwent a bone marrow biopsy.

When these children come home from the hospital they truly need a place to heal, recover, and find peace.

A multitude of earnest volunteers cleaned, painted, built furniture, and crafted personalized room decorations in under 48 hours. Impressively they were ready for the family to return the following afternoon after sending them to a nearby water park overnight.

Everyone hung onto hope that KK would be well enough so that, at the very least, the hospital could grant her a pass to leave and receive the surprise that awaited her at home.

Unfortunately that wasn’t the case. The day of her room reveal KK was unable to leave.

Moments before the family made their way up the walkway and to the front door, a living room full of anxious volunteers eagerly awaited their entrance. The excitement of the moment was interrupted by the absence of its guest of honor, turning the enthusiasm bittersweet.

As they entered the house, KK’s mom and nine siblings Skype’d KK in for a virtual room reveal. The door to her room opened and the two sisters who were were also eager to see their new room gasped at the transformation.

Rainbows, sparkles, and Pokémon. With a fusion of imagination and magic, it came together.

Weeks later we followed up with KK and her family. Watch Part 2 below to find out what happens next.

A vision of rainbows, sparkles, and Pokémon.