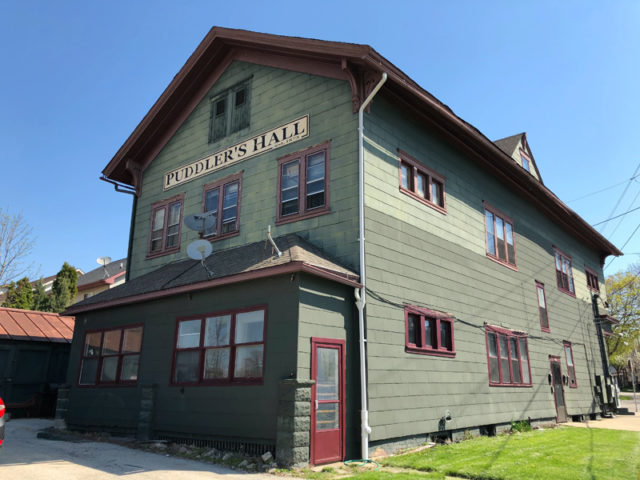 Identifying the oldest bars in Milwaukee is more difficult than it may seem, because the candidates change depending on the criteria. Do you go by the bar that’s operated under the same name the longest, or by the oldest building that is currently a bar?

If you judge by the building, then Puddler’s Hall, at 2461-63 S. St. Clair St. in Bay View, has a claim to being one of the city’s oldest. The building has been around since 1871. Although its ownership has changed frequently since then, it’s been a tavern since the early 1890s, and it has a rich history that runs parallel to the neighborhood’s. To walk in even today is to be reminded of the saloons of long ago.

The business has only been called Puddler’s Hall since 2002, but the name pays homage to the building’s origins as a union meeting hall for the puddlers, the iron workers at the Milwaukee Iron Company mill that once employed much of Bay View. They used to host political rallies there, as well as community meetings and arts event. And like a lot of buildings in the neighborhood, the hall was a hub for the Italian community.

In recent decades the bar has been called Potter’s End, Sue’s Bay View Bandwagon and Mardy’s Party. Under current owner Casey Foltz, it serves pizzas and paninis and a variety of live music and a Monday comedy night.

Foltz gave OnMilwaukee’s Bobby Tanzilo a tour of the building, including an attic filled with old relics and a basement with a sealed-off tunnel that may have been used to connect the bar to other businesses during Prohibition. There’s no proof that the tunnel was used for rum-running, but it’s easy enough to use your imagination.

Listen to this week’s podcast for more about how the building has changed over its long history, and be sure to read Bobby’s complete story at OnMilwaukee.com, which includes photos of that eerie attic.

Get all 88Nine’s podcasts delivered right to you weekly at RadioMilwaukee.org/Podcasts. We’ve got podcasts about music, food and and film, with fresh episodes dropping every week!