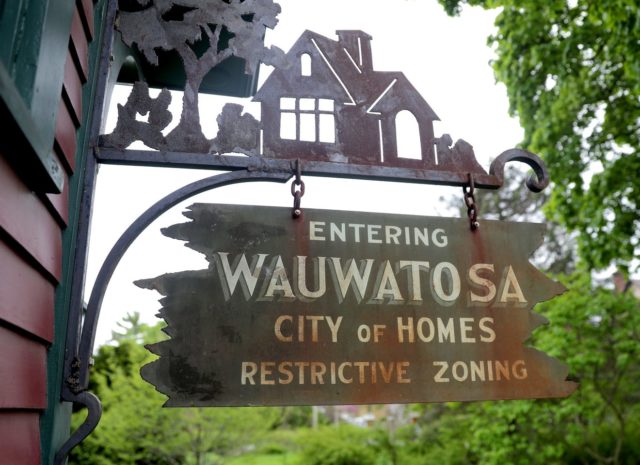 How did we get here? That’s the big question. Milwaukee is one of the most diverse cities in the country and a 2013 census stated that Milwaukee was rated number one in segregation.

This February, on a snowy negative 15 degree night, Radio Milwaukee hosted an event titled “How to Have Better Conversations About Race.” The conversation was prompted by The New York Times’ 1619 Project but the event emphasized Milwaukee. One of the speakers was Reggie Jackson, and he talked about the past and how Milwaukee became segregated.

The conversation started with Jackson showing a racial dot map of Milwaukee in order for the audience to understand how we got to this point.

“The reason it looks like that is because white people wanted it to look like that,” said Reggie Jackson, in reference to the racial dot map.

If we break down Milwaukee’s population by race, according to the United States Census, Milwaukee’s make up is 44.6 percent white, 38.8 percent Black or African American and 18.8 percent of Hispanic or Latino in population. However, Jackson says when you take a look at the suburb within Milwaukee County it doesn’t look like that.

“I tell people the best way to see segregation in Milwaukee is to get in your car,” said Jackson. “Drive down to the lakefront get on North Avenue and drive all the way to Brookfield, in just a straight shot.”

During the presentation, Jackson points out that Milwaukee is different than other cities because Black communities didn’t arrive until the ’40s, when companies needed to recruit individuals for labor. In the 1950s, Milwaukee had a thriving Black middle-class community with a business and jazz district known as Bronzeville.

“Blacks in Milwaukee had the highest per capita business ownership rate of any Blacks anywhere in the United States of America,” said Jackson.

Jackson debunks the myth that freeways destroyed the booming business district, which many of the audience members believed, including Jackson himself.

In his presentation, Jackson showed he showed aerial photos that showed the district yet no freeway. It was being built from the south side to the north side, while Bronzeville was destroyed beforehand to make way for an upcoming Park West Freeway.

“They tore down 8,000 houses to build Interstate-43 and then they decided to build the park west freeway,” said Jackson.

The Park West Freeway was never built however the district was left abandoned until 1985 and turned into a commercial district.

Another reason is the restrictive housing ban throughout the state, where restrictive zoning was enforced. For example in the city of Wauwatosa, it meant that Black people could not live in Wauwatosa.

“These were legally binding documents that said only white people could occupy these spaces,” said Reggie Jackson.

Jackson showed the attending audience an example in South Milwaukee written in 1937 set to expire in 2024, Jackson asked the audience to read the prompt together which stated,