Representing black and trans women, meet this year’s PrideFest individual of the year

Representing black and trans women, meet this year’s PrideFest individual of the year 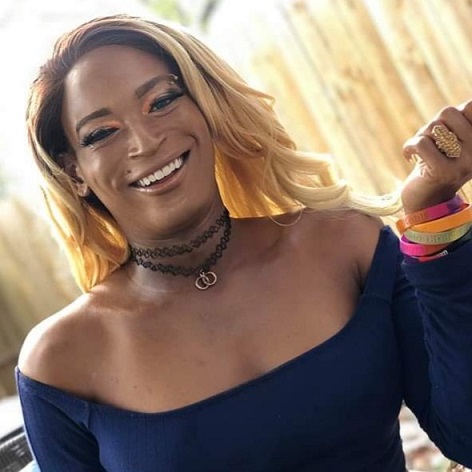 Milwaukee PrideFest itself may have wrapped up, but that doesn’t mean the celebration is over. Pride month continues through June — here in Milwaukee and around the world.

One way Milwaukee Pride (the producing organization of the festival) uplifts the LGBTQ community beyond the fest is by recognizing leaders in the local community.

Meet this year’s individual of the year, Elle Halo, a proud supporter of transgender women in Milwaukee.

Elle Halo, Individual of the Year

“I really was very shocked,” said Elle, speaking about her honor at PrideFest.

But her award should be no surprise. She has dedicated her career to public health and prevention, specifically in the transgender community. She works at a health clinic serving trans patients, and works for Black AIDS Institute.

She also sits on the board of Diverse & Resilient, a LGBTQ organization in Milwaukee, plus she runs a support group for trans women called SHEBA, or Sisters Helping Each Other Battle Adversity.

“I’m definitely very interested in the wellbeing of us, of black trans people and LGBT people,” Elle said.

Elle says the fight for equality in the LGBTQ community is far from over, and it didn’t end, magically, when the Supreme Court struck down the bans on same-sex marriage in 2015.

“[Marriage equality] is definitely not the sum of our fight,” Elle said. “As a trans women myself and other trans women in Milwaukee face instability, safety concerns, domestic violence, theft. We face discrimination in work, in school, at home, on the streets.”

Those disparities, Elle said, are why building community among trans people, and being visible to the rest of the world are so important.

Which is why it’s frustrating to many LGBTQ people when TV and radio hosts — or people from the internet — question the purpose of Pride month. I asked her for her reaction to why there’s no “straight pride.”

There is no straight pride because that’s stupid.

Her frank response prompted a laugh from me. She continued:

“And living in a world where you may not see the discrimination happening in front of you, does not mean that it doesn’t happen,” Elle says.

Here’s the rest of this year’s award winners.

Ally:  Karen Dettmer of the City of Milwaukee, who advocated for the Rainbow Crosswalks Initiative, overcame bureaucratic red tape and roadblocks, and ultimately implemented the city’s first permanent, visible monument for LGBTQ people;

Legacy:  Mark Mariucci, 25-year publisher of QUEST Magazine and former owner of ZA’s Videobar in Green Bay, for his lifetime commitment to the Wisconsin LGBTQ community.