‘Snakes in the museum!’ This volunteer group brings reptiles to Betty Brinn monthly

‘Snakes in the museum!’ This volunteer group brings reptiles to Betty Brinn monthly 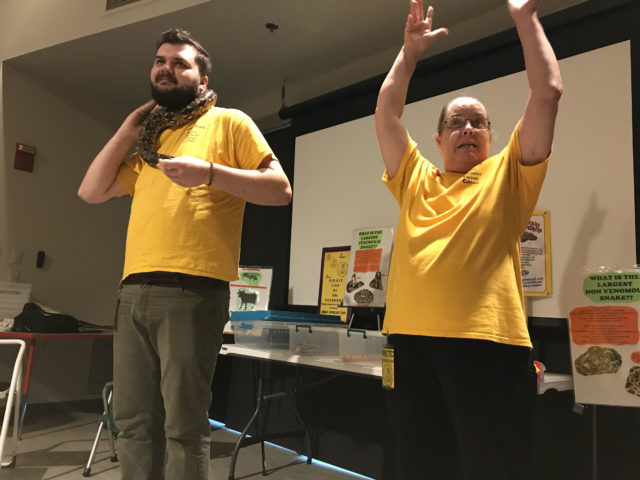 Cheryl Sterrenburg loves reptiles. She remembers picking up a garter snake as a young girl for the first time in the suburbs of Chicago: “The other girls called me a tomboy,” she said with a laugh. “I took it as a compliment.”

About five years ago, Sterrenburg took her love for education and reptiles and created RETC which stands for Reptile Education Through Contact. RETC is a volunteer-based group seeking to change the scary reputation that reptiles have gotten from scary movies such as “Anaconda” or “Snakes on a Plane.”

I visited Sterrnburg and her RETC volunteers at the Betty Brinn Children’s Museum over the weekend for a free public show for families attending the museum.

Listen to the audio story below to learn more about RETC. 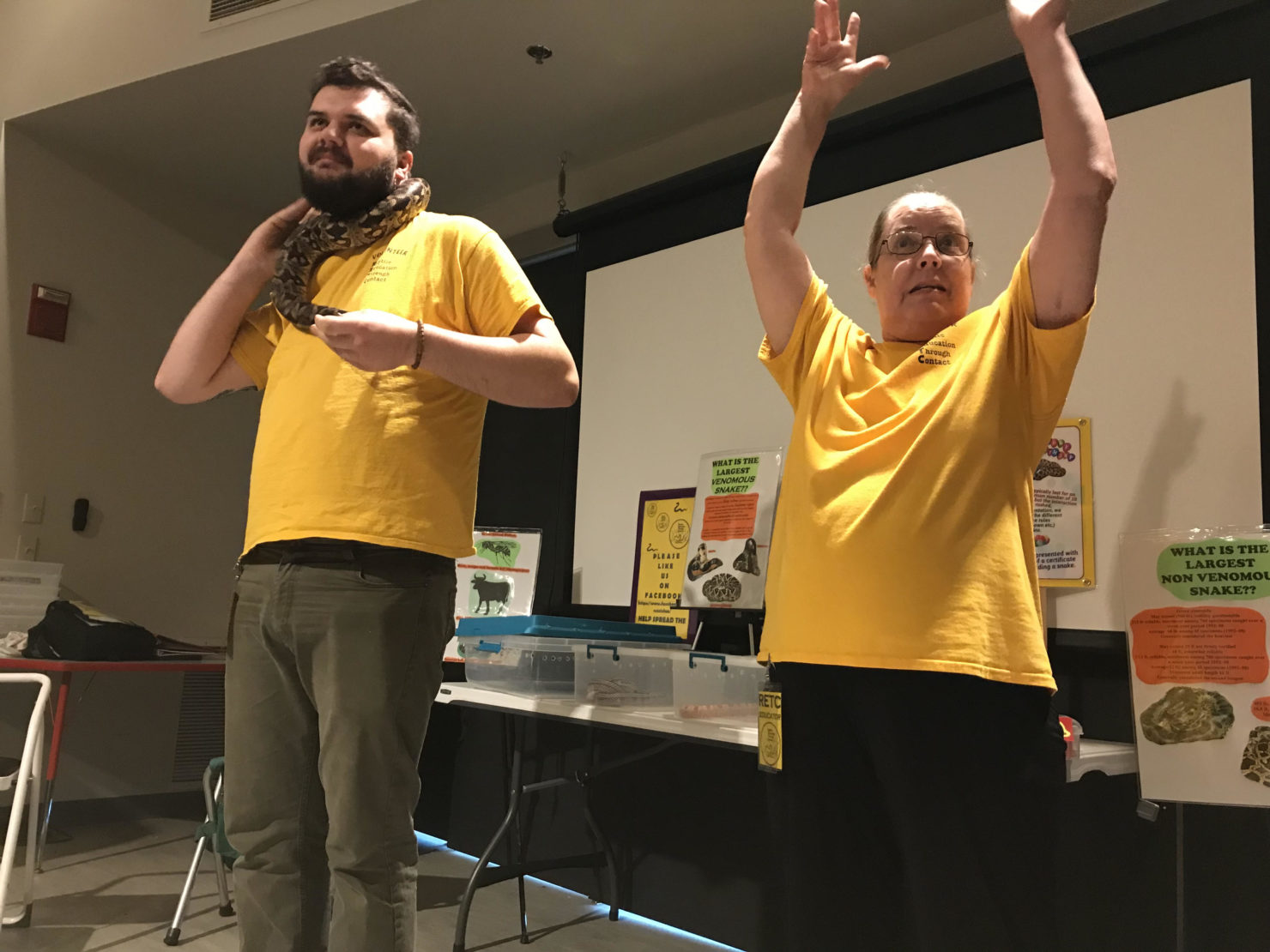 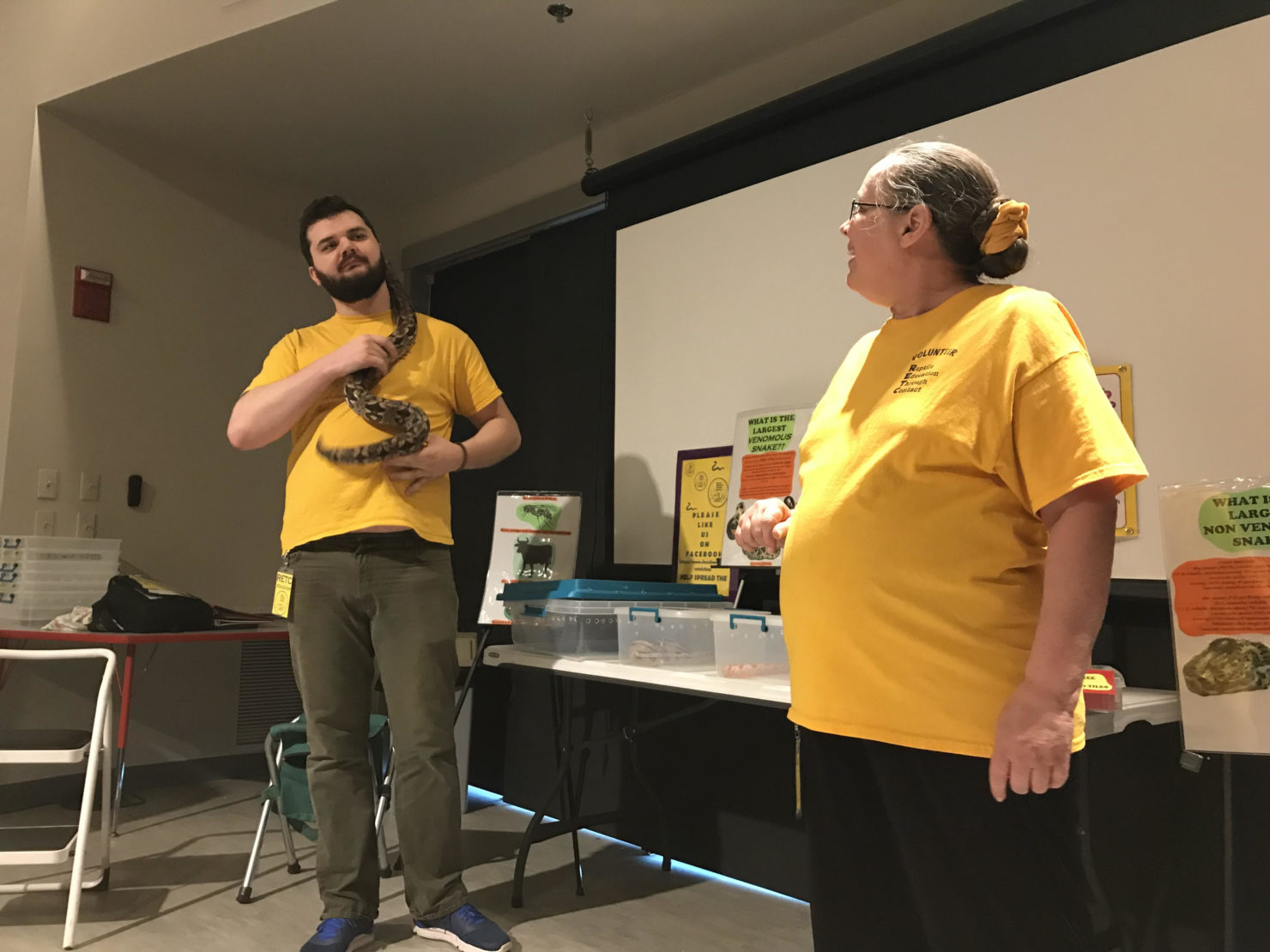 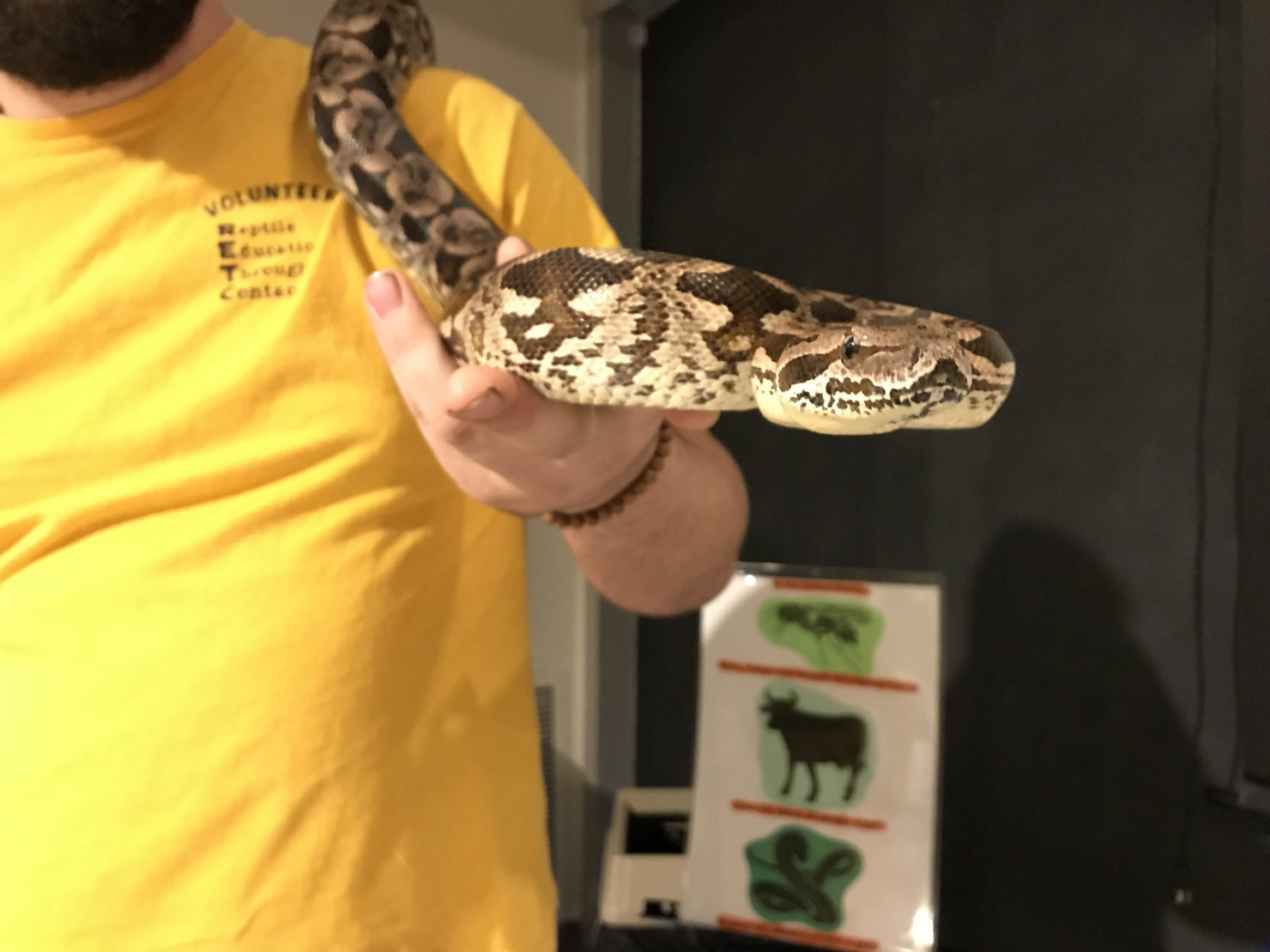 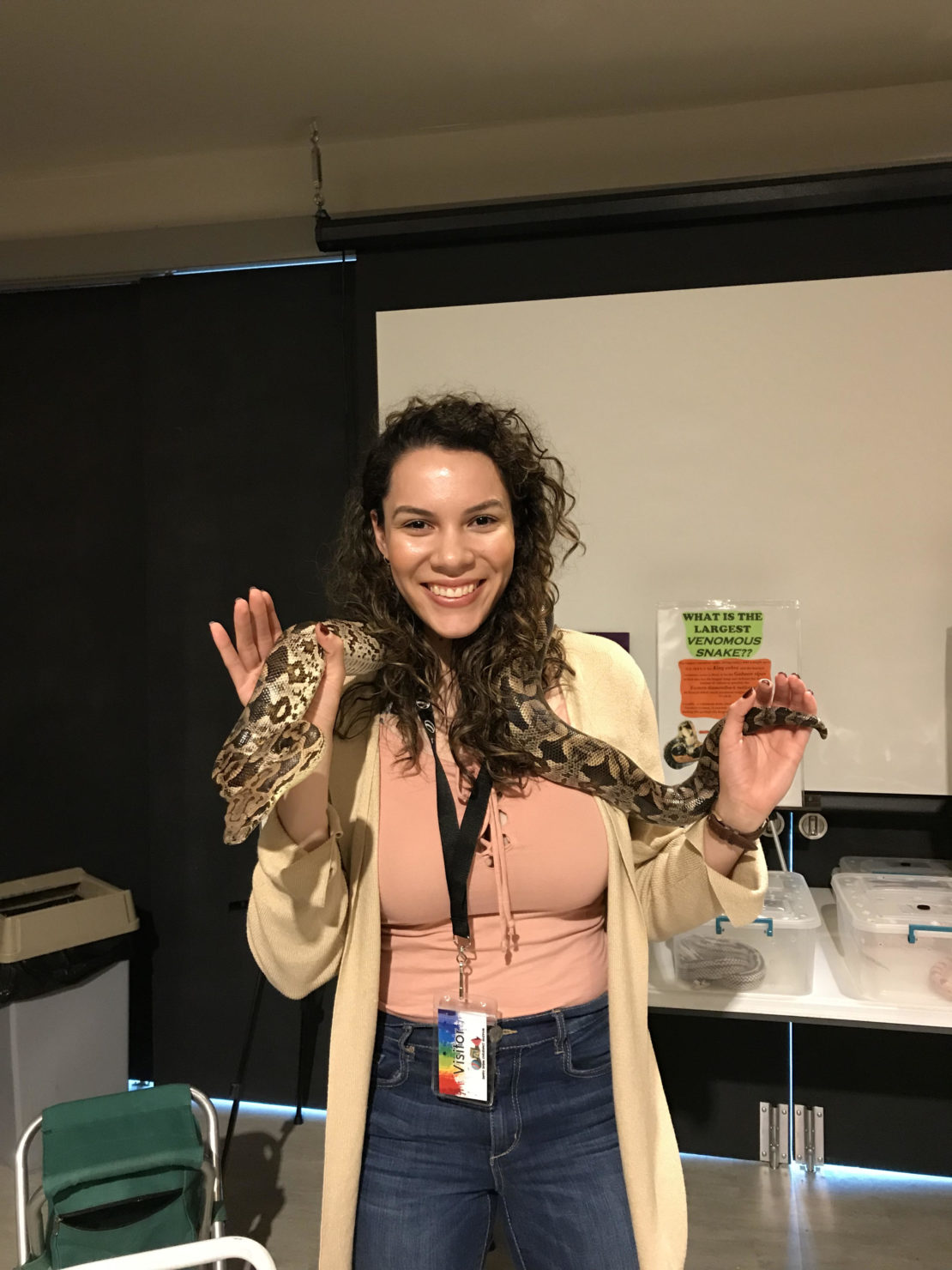 While Sterrenburg works a 9-to-5 job daily, RETC is her passion project. After taking a couple of her snakes to her grandson’s school for a visit, she realized how little exposure children and most other people have to snakes and other reptiles.

She says snakes aren’t slimy animals that eat human beings, but are curious creatures that just want to know their surroundings. Sterrenburg believes direct contact with snakes will show people that reptiles aren’t as demonic as they may come across in movies and television. (I’ll be the first to admit snakes used to terrify me, but holding a five foot snake was a pretty cool experience.)

RETC offers free shows at the Betty Brinn Children’s Museum once a month and also brings reptiles to other shows around Milwaukee and Wisconsin. The group also books private events such as birthday parties, which fund the group’s activities in the community.