Romance in the age of a pandemic

Romance in the age of a pandemic 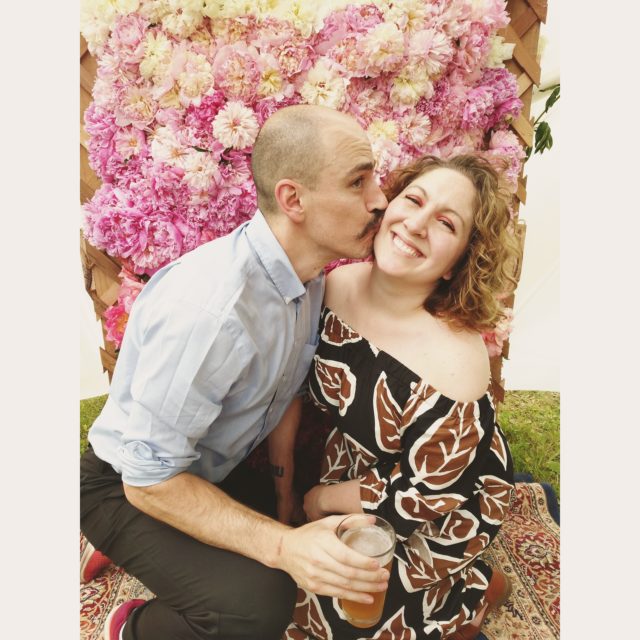 When Gov. Tony Evers announced Wisconsin’s stay at home order on March 25, a lot of our plans had to be postponed or canceled, but what if you were someone who was planning a proposal? I spoke with Chelsea Williams and Matt Meeks about their recent engagement proposal in the midst of the pandemic. This is their story.

It all started from the dating app Tinder and after a brief conversation on their mutual love for Bruce Springsteen they decided to meet up, only they didn’t meet up because Williams had an emergency cancellation.

“She kept being like, ‘Oh, I can’t make it, my friend,’” said Meeks while Williams laughingly interjects. “My friend had broken her ankle and I had to take her to the hospital,” said Williams. “I sent him the pictures of the x-rays and said, ‘Look it’s not fake.'”

After some convincing, they finally met at Burnhearts, a bar in Bay View.

“He turned around at the bar and it was like a light switch went on in my head,” said Williams. “My universe was instantly brighter.”

That was back in 2017. Flash forward to a few months ago. Williams decided she wanted to propose to Meeks and marked her calendar for March 27. The original plan was to propose with a video of lovely messages from friends and family and afterward, everyone would meet at Burnhearts to celebrate but Williams had to act quickly and plan an at-home proposal.

“Matt has a mustache and he wears a lot of graphic tees with button-up flannels over them,” said Williams. “I requested that as a dress code and I bought this big pack of 150 fake mustaches online for everyone.”

One thing to know about the recently engaged couple, as a hobby they record a video series on fictional characters like Garfield and Winnie the Pooh to defend their spot on the Hall of Fame. That day, she told Meeks he needed to watch a video to understand the character, something they never do.

“She made me close my eyes and I refused,” said Meeks, jokingly. “I was trying to peak and she was pushing my head so finally she moved her hand and my friends were on the screen. I quickly realized what was happening.”

After talking to the newly engaged couple, I started thinking about how they almost never met. This could’ve easily been another dating app story where it ends after a few exchanged messages. It just shows that sometimes things fall into place at the right time and you can still find moments of joy and beauty everywhere, even in quarantine.