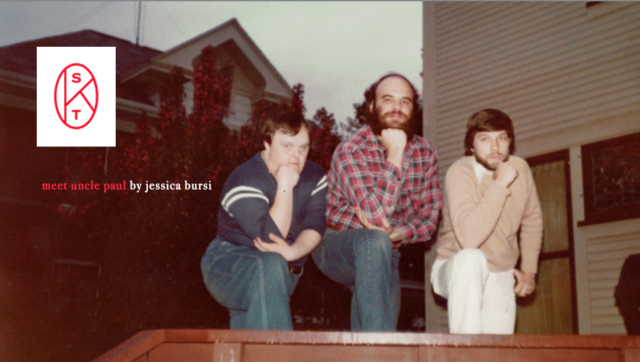 Have you ever watched a good film and thought to yourself, “I wonder how that was made? Who are the brains behind this project?” If you’re anything like me, you might go on a tangent and start thinking about local filmmakers, how they might make it to the big screens and how they could walk among us waiting for their big opportunity.

Now you don’t have to wonder because Saint Kate Hotel presents a monthly curated screening known as Saint Kate’s Filmmaker Show + Tell, where local filmmakers show their work and talk about it afterward. Filmmakers Kristin Peterson and Martin Kaszubowski are the ones behind this simple yet brilliant idea.

“Martin and I had movies that didn’t screen in the city yet,” said Peterson. “We knew just a slew of really talented filmmakers that also haven’t premiered their short films in town. We wanted to slap together this program of our collaborators and screen it in front of our friends.”

The first event took place at Saint Kate’s Black Box Theatre. The room had long black curtains that created an intimate space. There was a projector attached to a laptop that held the files of 11 special films to be screened. Every single film shown was different from the previous. However, Peterson had one way to unite and describe all the work.

“I would say they are all weirdo films,” said Peterson. “Milwaukee has this really nice flavor of weirdos. Even if it’s a documentary about a character it still has this little flavor and is a little off-center.”

One of the films shown was Kaszubowski’s called “Helios.”

“It’s about a person with a severe sun allergy and it’s about them being obsessed with it and locking themselves away,” said Kaszubowski.

It’s a scary thing when you put your energy into a project and not only share it with a small group but also talk about it. I asked both Peterson and Kaszubowski if they had any advice for those who might need that extra push to start creating art in general.

“You can make a movie with your iPhone and yourself,” said Kaszubowski. “Any idea can be made into a movie, it’s how you execute it that makes it into something good. Also, you can accept that the first things that you make are probably going to be bad, the first things I made were bad.”

I really enjoyed the “Tell” aspect of the night. It’s a treat to view a film and then have the opportunity to have a face to face interaction with those who made it. It was a reminder that sometimes a movie-going experience can be so big that it’s nice to take a step back and appreciate the work that’s being done right here by the people who live here.